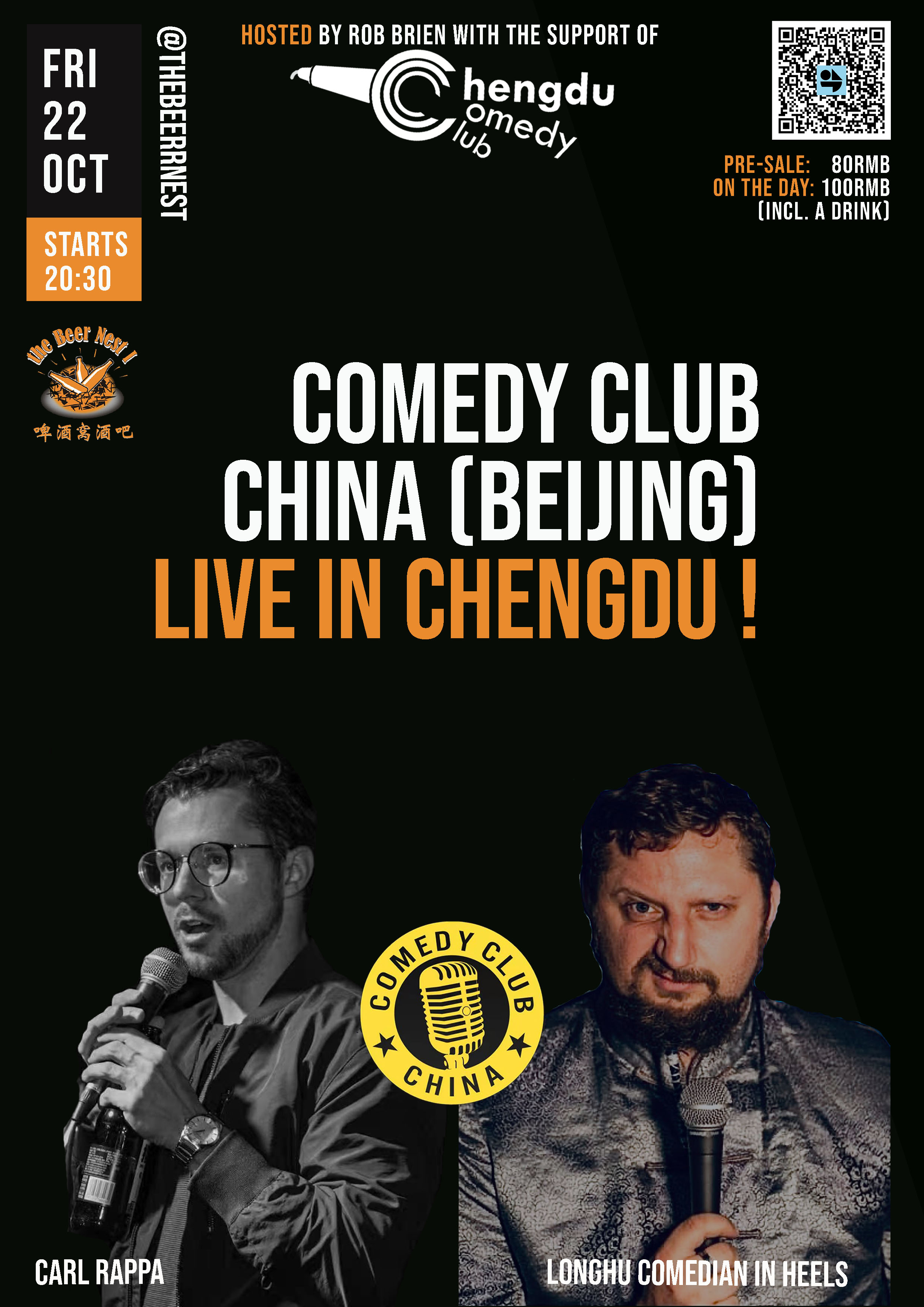 “ComedyClubChina is Beijing’s longest-running and only English stand up comedy club. For 10 years, CCC has entertained audiences around the capital, bringing in comedians from all over the world, and producing local talent. ComedyClubChina provides new and veteran comics an opportunity to perform at various cafes, bars, bookstores, hotels, and just about any other type of venue you can think of. Past CCC comics have gone on to perform at prominent gigs in the United States, the UK, Australia, Canada, and many other countries.” 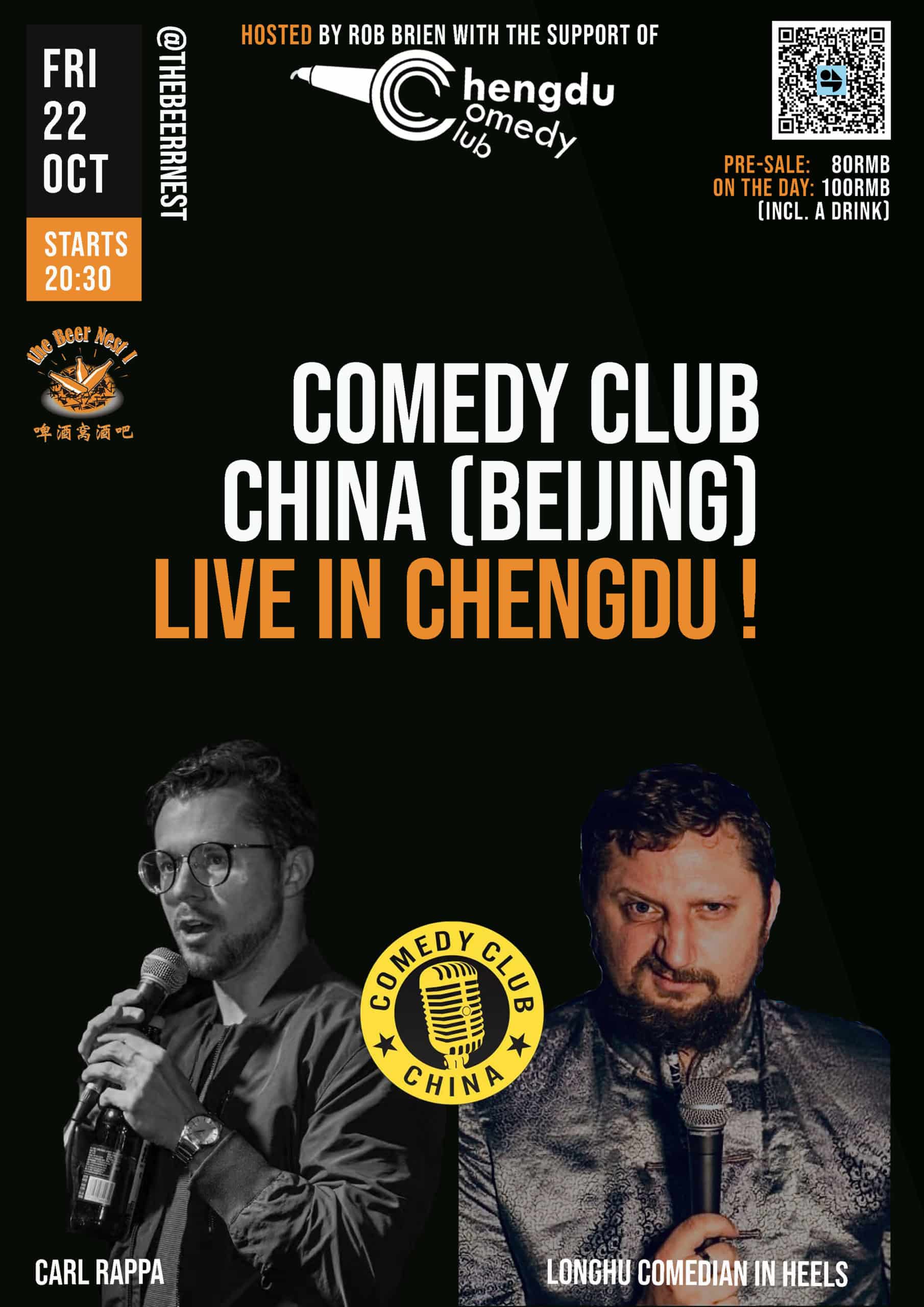 Nick aka Longhu Comedian in heels

With more than six years of comedy shows under his belt, “Long Hu, Comedian in Heels” is Beijing’s longest-standing English-language comic. Even without the shoes, he is unmissable, both in the sense of being a must-see and as a towering figure.

He is a fearless performer whose sets are delivered as unabashedly as his shining Chinese-style jackets are worn. He will have you laughing and singing all night long  with language as colourful as his outfits.

Carl is a quick-witted American standup comedian from Chicago. He performs regularly in Beijing and uses a variety of metaphors, accents, impressions, and one liners to give a unique perspective on things we experience everyday as well as life in China. He continues to learn Chinese at a rate of one word per month.

*All tickets include 1 selected drink 门票均含一杯特定饮品
*Tickets are not refundable 门票一经售出，概不退换
There will be an e-ticket (QR Code) sent to your email after purchasing, save and show at the registration for check-in.

Until Feb. 20: Mickey: The True Original & Ever Curious Chengdu Exhibition 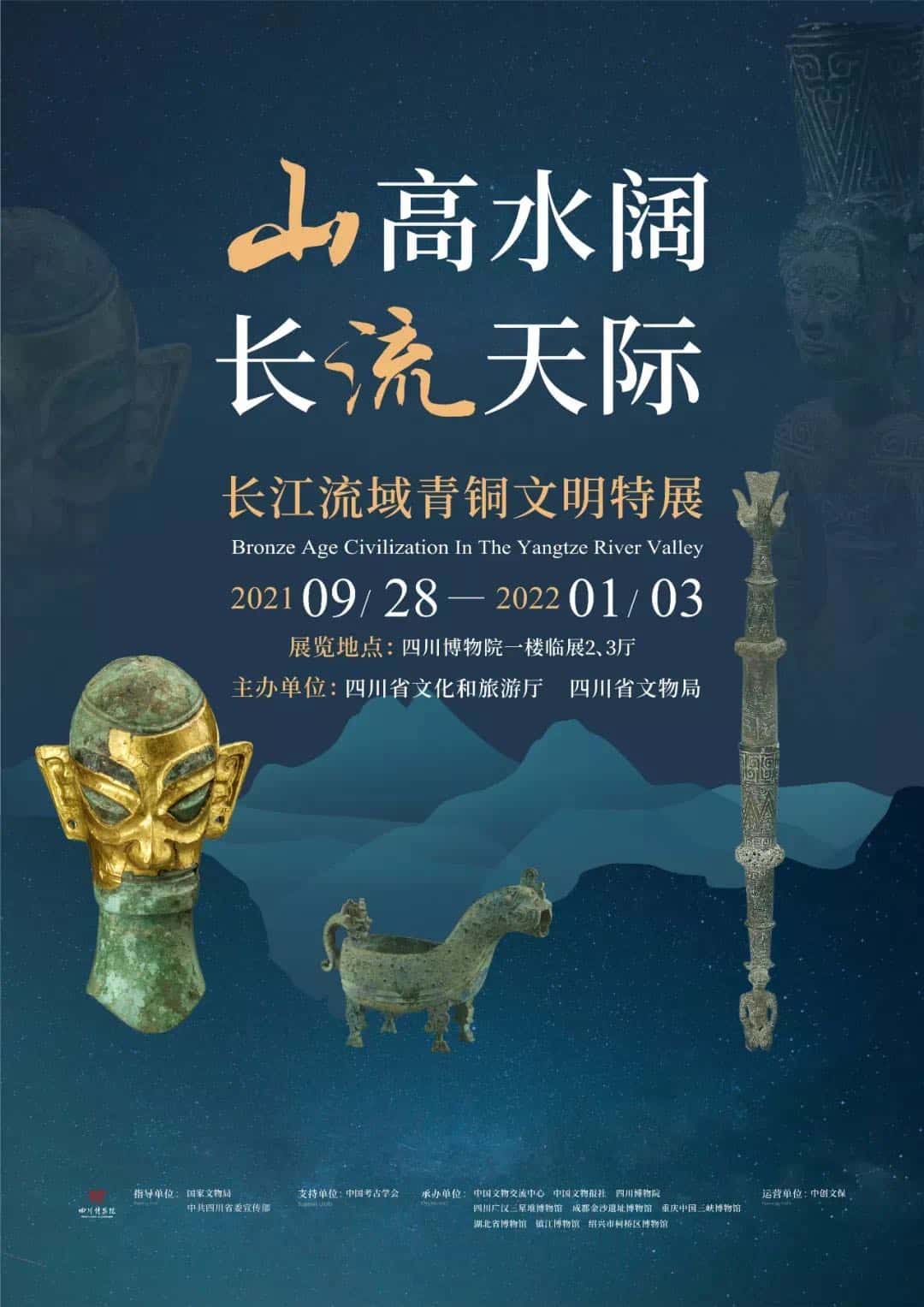