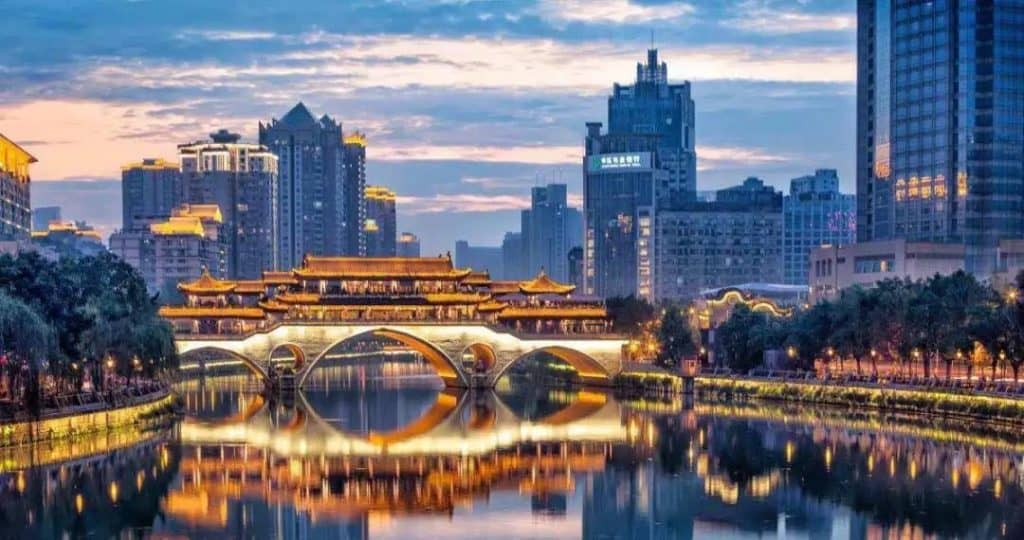 What’s been happening in the city whilst you’ve been away for Chinese New Year? Time to plan your next trip, before the tan fades…

Good news for anyone who likes to hit the ski slopes, or can’t resist the buttery richness of Sapporo-style miso ramen… The Civil Aviation Administration of China has just announced that Sichuan Airlines plans to launch a non-stop flight from Chengdu to Hokkaido’s capital Sapporo, in March 2019.

With three flights a week to Sapporo, and also flights to Osaka and to Tokyo, Chengdu has never been more connected. For those worried about missing out on a weekend of Chengdu hotpot if they go away, one of this culinary destination’s most loved dishes, is a nabemono, Ishikari-nabe hotpot. So fear not.

There are also rumours that a direct Instanbul flight will open this year from Chengdu, which is a very exciting thought for budding gastronaughts…

Earlier this month, a young girl got too close for comfort to some of China’s beloved giant pandas… Chinese netizens when wild for the 8-year-old that fell into the enclosure at Chengdu Research Base of Giant Panda Breeding, as hundreds of park visitors watched on, whilst security personnel helped lift the frightened girl out of the pit.

A couple of the placid creatures watched on whilst the rescue mission took place; at first, the security guards tried to rescue the girl with a thin pole, then a guard leaned through a gap in the fence and pulled her to safety. The worker said that neither she nor the animals suffered any injuries.

A video of the girl inside the enclosure has gone viral online, showing two giant pandas slowly approach within 5 meters of the child. Another panda arrived shortly after as the lazy bears passively watched the rescue mission take place.

This is hardly epic news we know, but something light and fluffy to ease yourself back in after the holidays…

There are a few days left of Chengdu’s lantern festive which celebrates ‘Tianfu culture and Chengdu’s ritual of sun worship’… who knew hey. The festival also includes a look at the ancient Mayan Civilization and is open to the public until 20th February 2019.

Each year, statistics from the world’s biggest annual migration grow larger and continue to fascinate the rest of the world. So how did the beginning of the year of the pig stack up?

12.59 million
air passenger trips to and from Mainland China

Online transactions hit an all-time high according to UnionPay with
1.16 trillion RMB transactions were recorded.

Beijing followed by Guangzhou and Chongqing had the highest amount of sent and received hongbaos– especially those born in the 1990s.

Xiong Jianzhong, spokesman of the provincial statistics bureau, said that it only took three years for Sichuan to increase its GDP from 3 trillion yuan to 4 trillion yuan. Ka-Ching!

In the quest for national recognition, Chengdu has established a sister-city relationship with three more foreign cities, as well as a ‘friendly and cooperative tie’ with eight more overseas cities:

One of South East Asia’s less travelled destinations, Yangon, Myanmar has opened its gates for another direct flight from Chengdu. The route from Chengdu to Yangon, Myanmar has been running since Dec. 28th, 2018, and will be operated by Boeing 737-800 aircrafts three times a week. A great place to spend to travel off the beaten path!