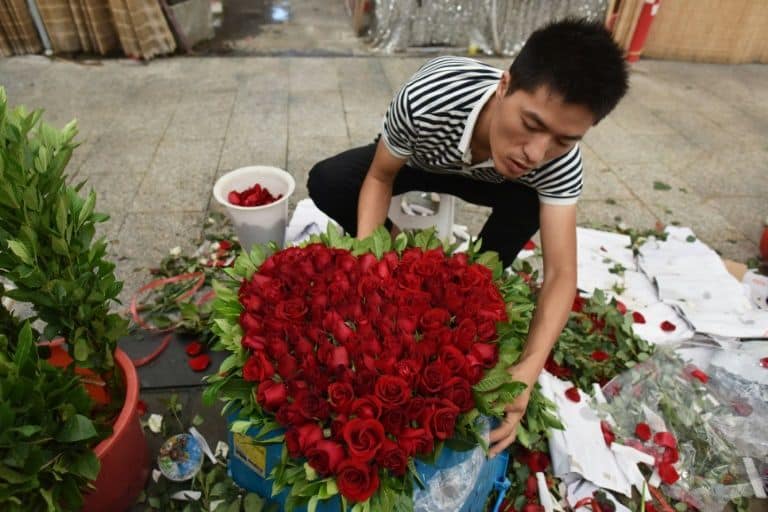 When is Chinese Valentine’s Day?

Here’s a guide to the different “Valentine’s Days” in China, when they are, and how they’re celebrated.

The West’s Valentine’s Day is a recent import to China however it’s now widely celebrated among younger generations of Chinese. With its origins in Ancient Rome (it is said Valentine was a priest in third-century Rome. The Emperor of the day, Claudius II, believed single men made better soldiers and accordingly outlawed young men marrying. Valentine defied this order, continuing to perform marriages, and was subsequently executed).  Globalisation has seen the day spread across the world, including to China. Chinese have adopted traditional ways of celebrating the day and as such, in the run up to Valentine’s day roses and chocolates are widely available, although prices rise sharply (roses which normally sell for RMB 3 sell for RMB 20. A single imported rose can cost as much as RMB 300). Romantic meals and cinema dates are popular too.

In recent years May 20th have become a sort of ‘Netizen’s Valentine’s Day’ among young people. Starting from an internet craze where the Chinese pronunciation for the date as “five two zero” (wu3 er4 ling2) was felt to sound like “I love you” (wo3 ai4 ni3), the day has since become an opportunity for men to shower their girlfriends with gifts and for couples to upload lovey-dovey photographs onto social media hashtagged #520. 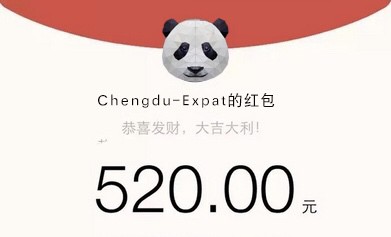 White Day is a day that is marked in Japan, South Korea, Vietnam, Taiwan, Hong Kong Malaysia and China  on March 14, one month after Valentine’s Day.

White Day is typically observed by girls and women presenting chocolate gifts (either store-bought or handmade), usually to boys or men, as an expression of love, courtesy, or social obligation.

The Qi Xi Festival (七夕), also referred to as the Night of Sevens or the Magpie Festival, is possibly the best equivalent to Valentine’s Day, being the time of year when love is traditionally celebrated in Chinese culture. The festival occurs on the seventh day of the seventh month of the lunar calendar every year. This year the festival has fallen on the 28th August.

It was at this point an old cow the Cow Herd had rescued in his youth revealed he was in fact a god who had become injured in the mortal world. The cow offered up his skin, saying the leather from it could be made into shoes that fly. Following the cow’s sacrifice the Cow Herd desperately hunted for his wife. As he drew dangerously close to his wife the Queen of Heaven withdrew a silver hairpin from her hair and used it rend the skies. From the cut burst a huge silver river which separated the Cow Herd from the Weaver Girl. This river, the Yin He 银河, is known in the west as the Milky Way. (The separation of the pair is reflected in the stars, with two of the nightsky’s brightest stars, the Altair and Vega, believed to be the Cow Herd and Weaver respectively, divided by the Milky way. The two smaller stars either side of the Altair are believed to be the pair’s children).

The Cow Herd, separated from his wife, began to raise their children alone and the Weaver could but only look on. Filled with great sorrow she wept constantly. The earth’s magpies were so moved by this that they eventually decided they must help reunite the couple. Seeing how miserable her granddaughter was the Queen of Heaven partially relented. Thus, on the seventh day of the seventh month every year the magpies would flock together, forming a bridge with their bodies so that the couple could briefly reunite. This story thus came to symbolise true love in Chinese culture.

In times, past girls would take part in needlework competitions, offering their creations up, along with food and fruits, to the Weaver Girl in hopes she’d bless them with a talent for needlework (seen as a vital skill in finding a good husband). Children would hang wild flowers round the horns of ox’s in memory of the cow-god’s sacrifice. As a result of this legend magpies slowly came to symbolise marital bliss and faithfulness in Chinese culture.

The lantern festival, on the 15th day of the Lunar New Year, is also sometimes referred to as a ‘Chinese Valentine’s day’. This results from the fact that historically this festival represented one of the few times every year where young unmarried women were outside the family house without a chaperone. The festival thus became an opportunity for girls to simultaneously socialize and scope out potential suitors. Unsurprisingly, the Lantern festival is celebrated by lighting lanterns. As a result of the festival’s history lighting lanterns has since come to symbolize hopes for blossoming romance.

Although there are several Valentine’s Days, singletons fear not. China also has a Singles Day (光棍节 or  双十一) on November 11th. Reputedly started in a dorm room at Nanjing University in 1993 by a group of single male students the idea was picked up by Alibaba in 2009 as a marketing ploy to boost sales between the October Holiday and Chinese New Year. Big discounts were offered online and now Single’s Day is one of the most lucrative days of the year for online retailers as singletons go online to treat themselves. In this way, whether you’re loved up or single there’s always a day for you in China.