Exciting news for Chengdu today: Chengdu Tianfu International Airport (TFU) is officially open! With the completion, Chengdu is to become the third largest airport hub in China, after Beijing and Shanghai.

Below is more information about the project and how to get there, as we know that lots of you aren’t looking forward to the long commute… But first, a video of the project! 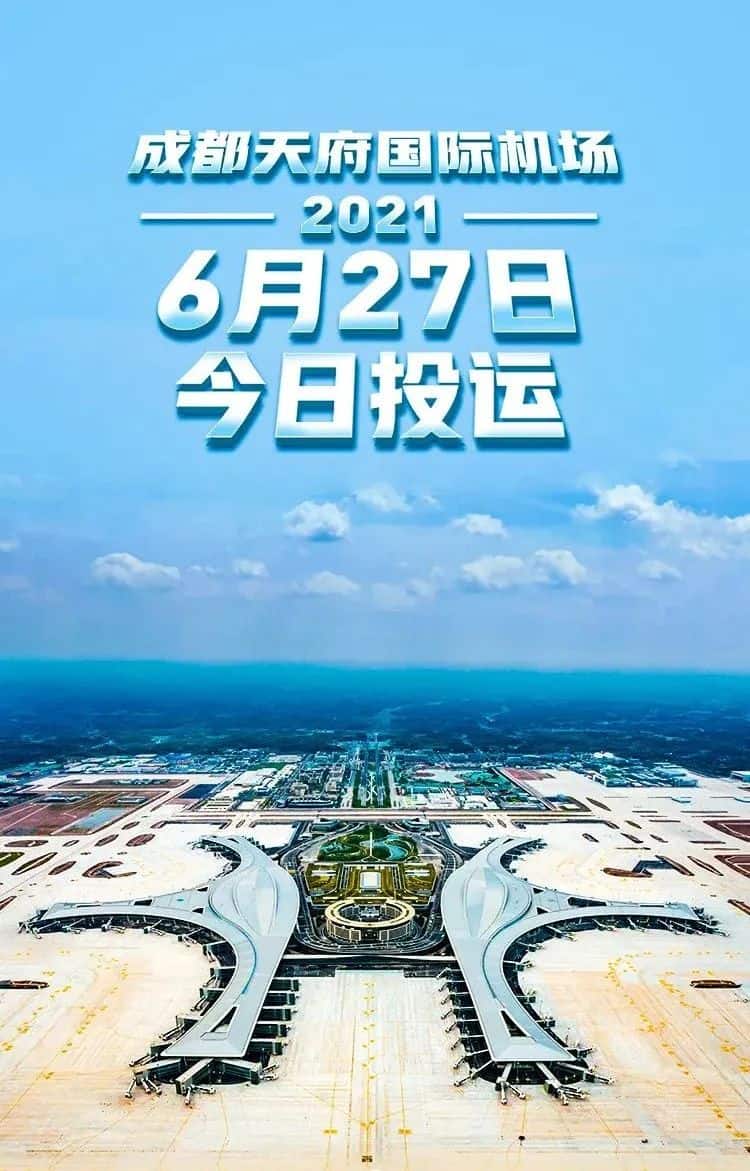 Chengdu Tianfu International Airport (Chinese: 成都天府国际机场, IATA code: TFU) is located in Lujia Town, Jianyang, Chengdu, 51 kilometres (32 mi) south-east of the center of Chengdu. It is named after the Tianfu New Area, a development zone in which the airport is located. It operate as a second airport, bringing Chengdu into the era of ‘double airports’ and will be amongst the leading airports in China, after Beijing and Shanghai. 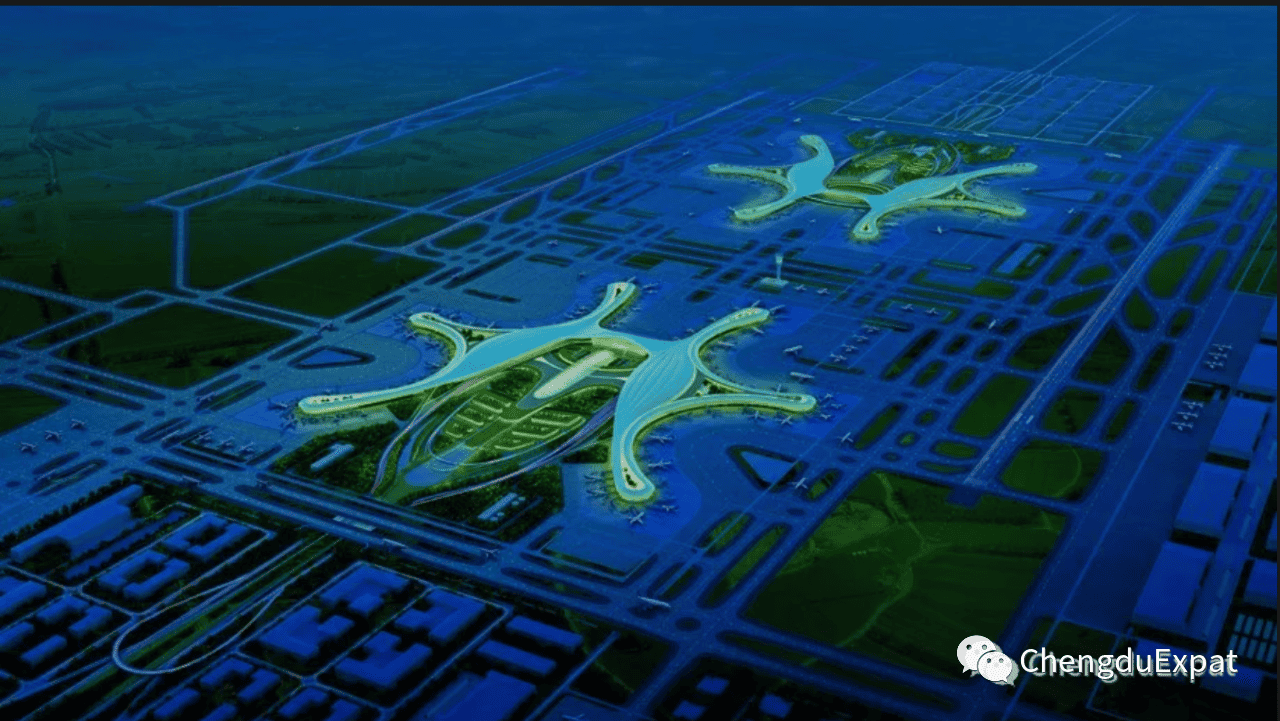 Once completed, the airport will have capacity for 90 million passengers, more than twice that of Chengdu Shuangliu Airport, six million tons of cargo and 850,000 aircraft movements p/a, making it the largest airport in China’s west region and the nation’s fourth largest international hub.

As early as 2007, there had been plans for the new airport for Chengdu.

In May 2011, officials confirmed the plan of the Chengdu new airport and location-selecting started.

In June 2013, the Civil Aviation Administration of China officially confirmed and approved Jianyang’s Lujia Town is the location for Chengdu new airport.

In January 2021, several aircrafts successfully made their test flights and plans for June opening.

Check out a video showing the construction (starting May 2016) of Chengdu Tianfu International Airport over the years.

The terminal buildings are constructed in the shape of the mythical sunbird, used as a logo for the city of Chengdu, which has a history of some 3,000 years and represents the creativity and exploration of Sichuan people. From a central hollow circular core, 6 arms radiate outwards with both terminals mirroring the other. 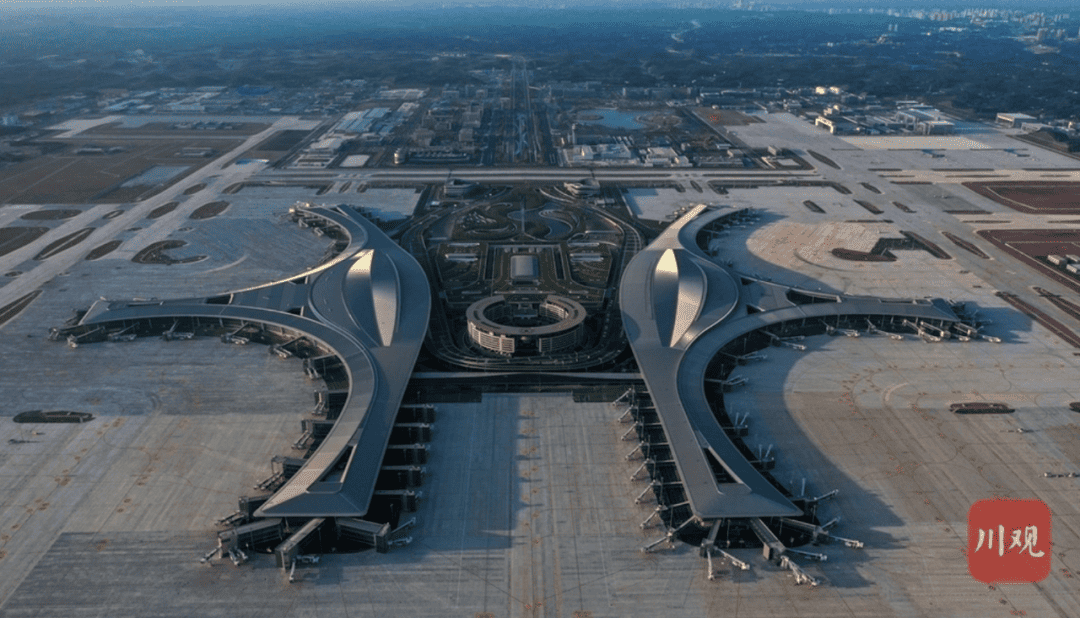 The opening of the airport could help Chengdu become an integrated international transport hub linking China with Europe, the Middle East, Central Asia and Southeast Asia. The general plan features a network of open space corridors, which combine infrastructure for flood management, energy generation, wastewater treatment, and forest preservation areas. Development zones are strategically located and limited to less than one-third of the site to minimize environmental impact. Within these zones, new buildings, streets and other features are carefully positioned to enhance wind flow and improve air quality.

The two airport terminals will be connected by an Innovia automated people mover (APM). To connect airport parking to the two terminal buildings, there will be a personal rapid transit system, consisting of 9.7 km of guideway, 4 stations and 22 pods. 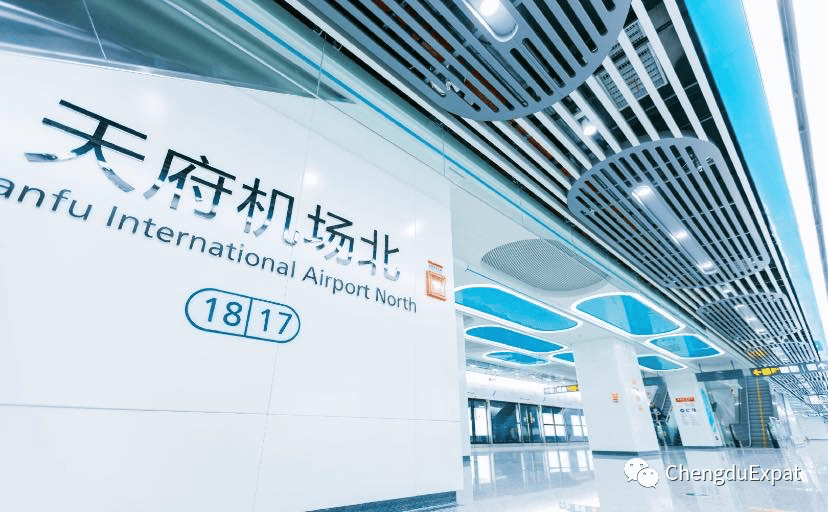 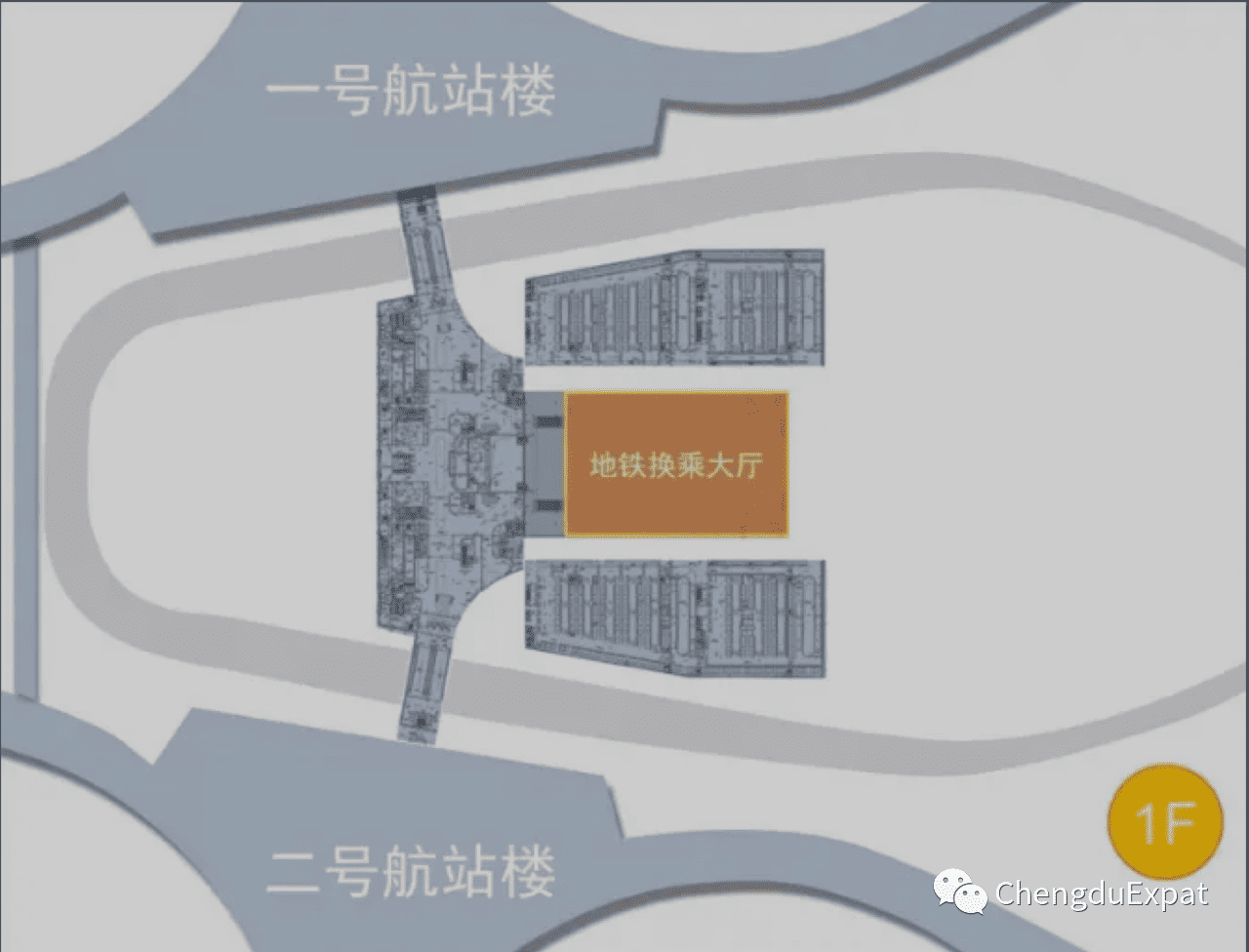 Chengdu Tianfu International Airport Long-distance Bus Station will open passenger lines to and from 49 cities including Tongjiang, Jiajiang, Leshan, Luzhou, Langzhong and Nanchong in the first batch. The routes will be adjusted according to the actual situation, please refer to the actual ticket information for details. 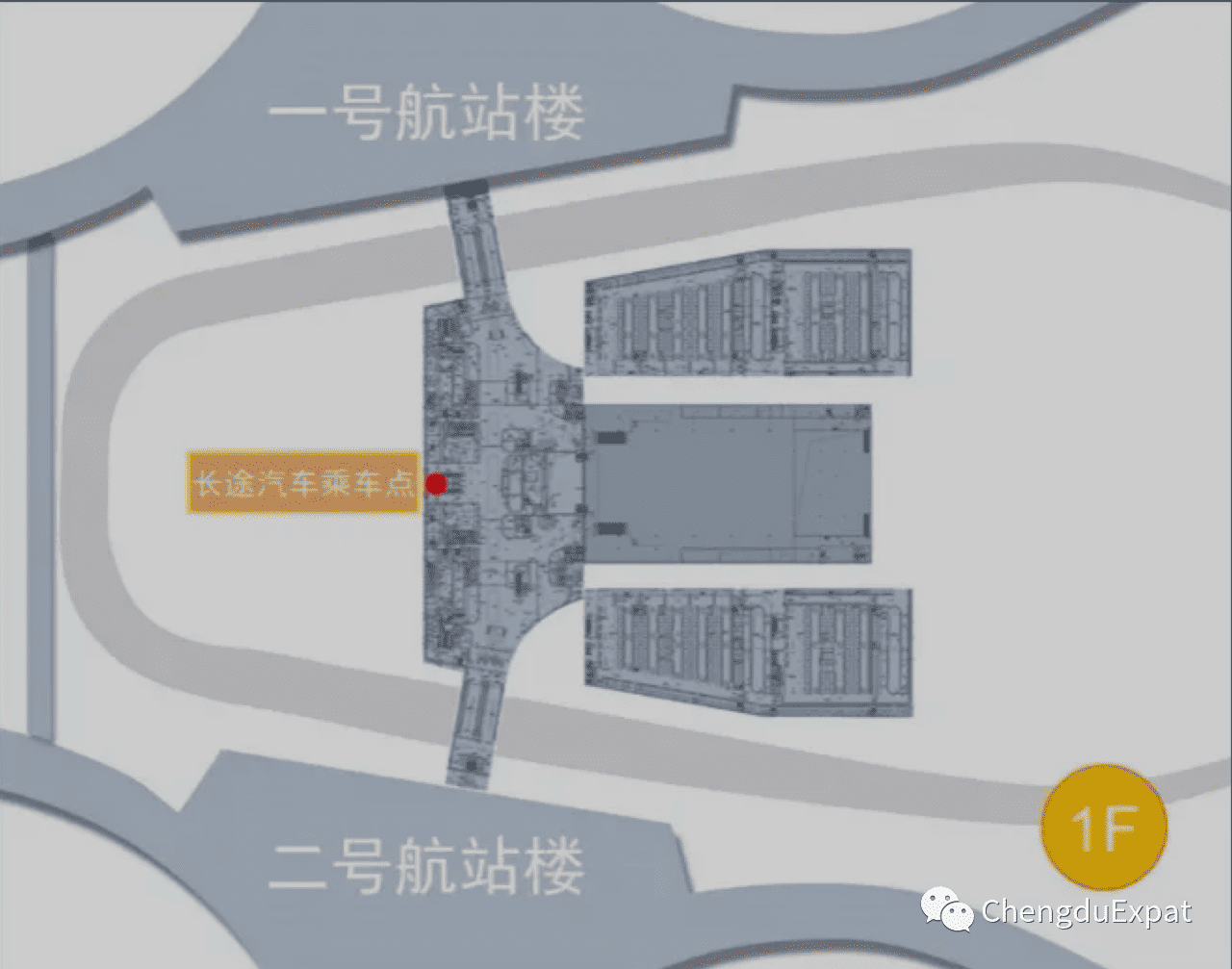 Taxi: the pick-up area is on level 1 of the wings of Terminal 1 and 2;

Online car-hailing: the pick-up area on level 1 of the parking buildings of Terminal 1 and 2.

Passengers can park in the No. 1 parking building and No. 2 parking building; to drop-off relatives and friends, drivers can pull over for a short while at the Level 4 of Terminal 1 and 2. 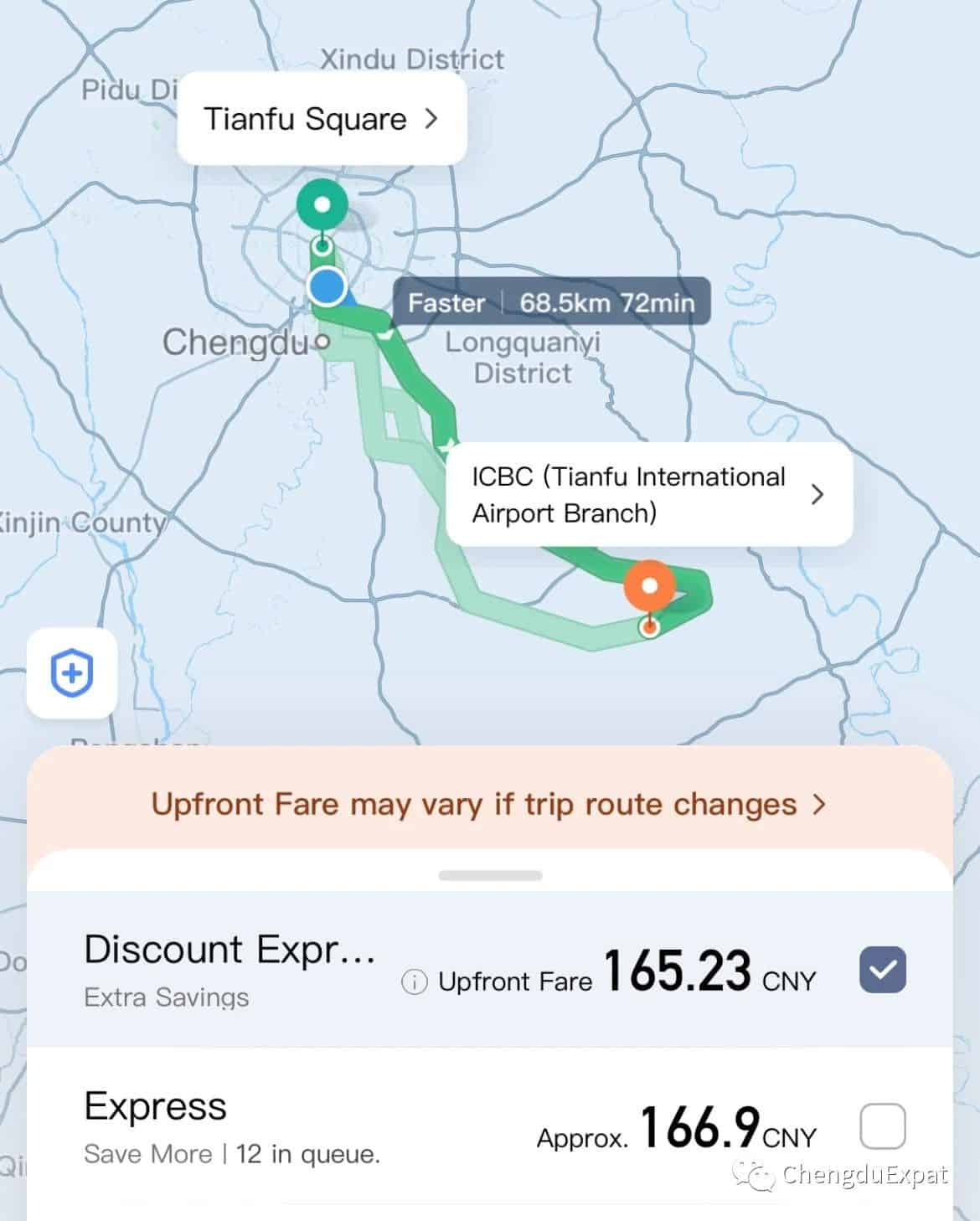 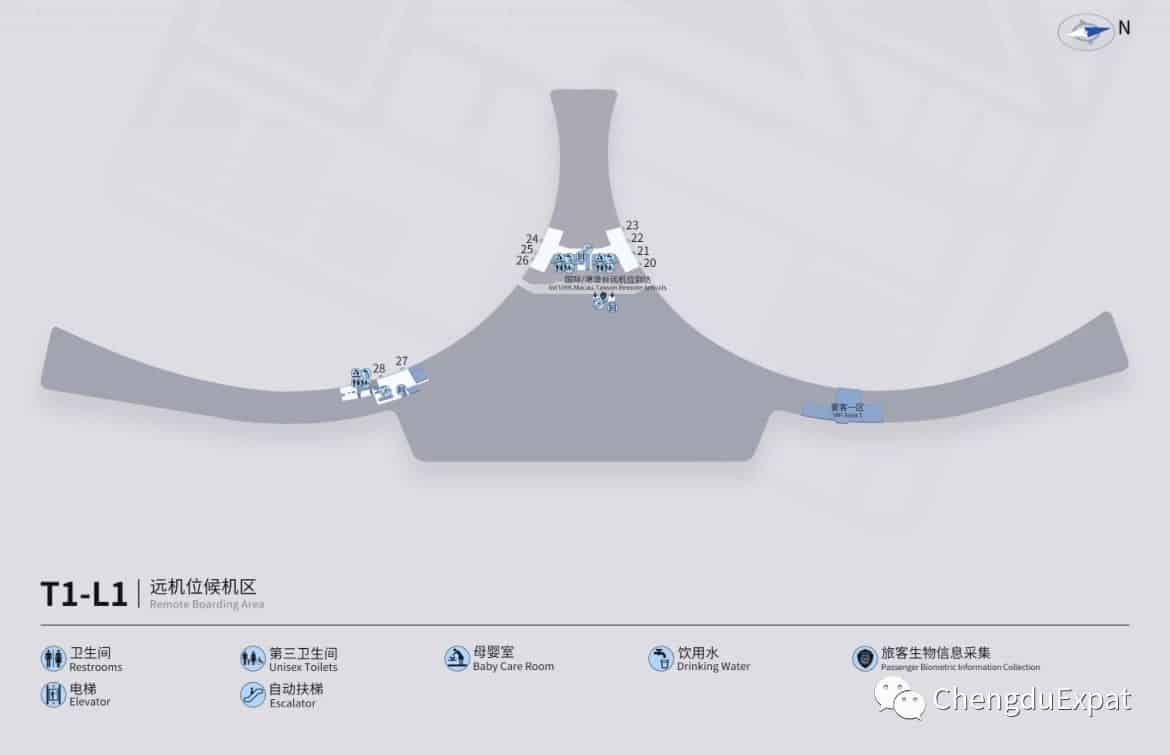 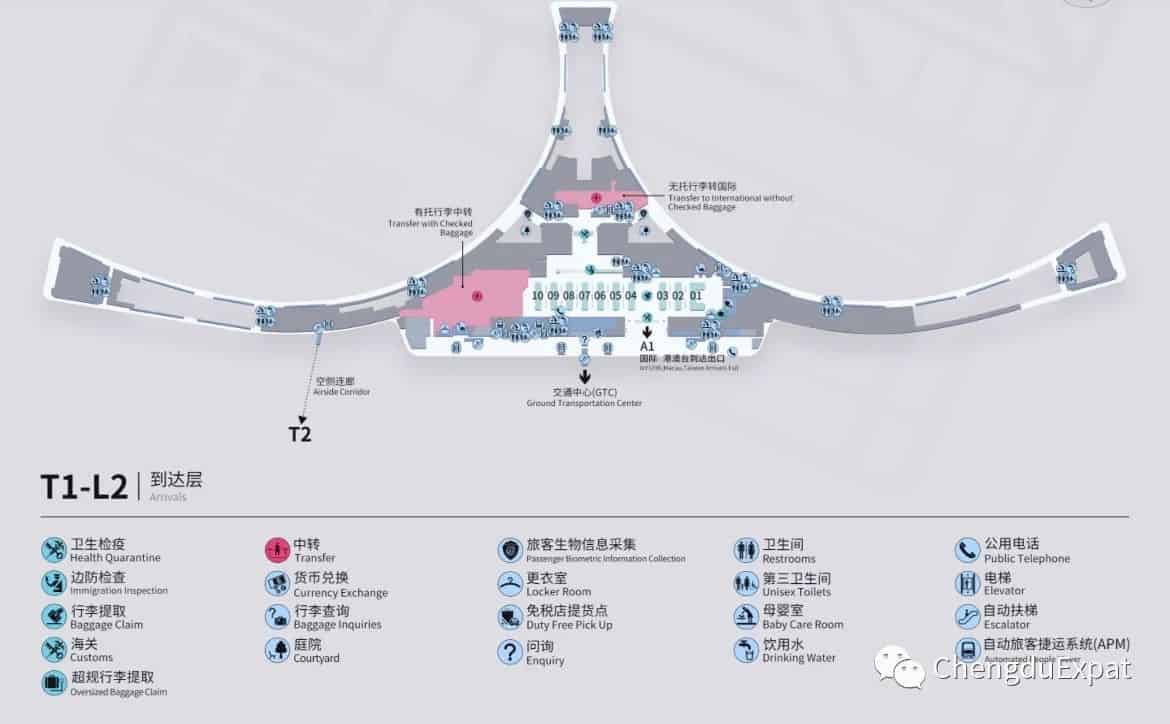 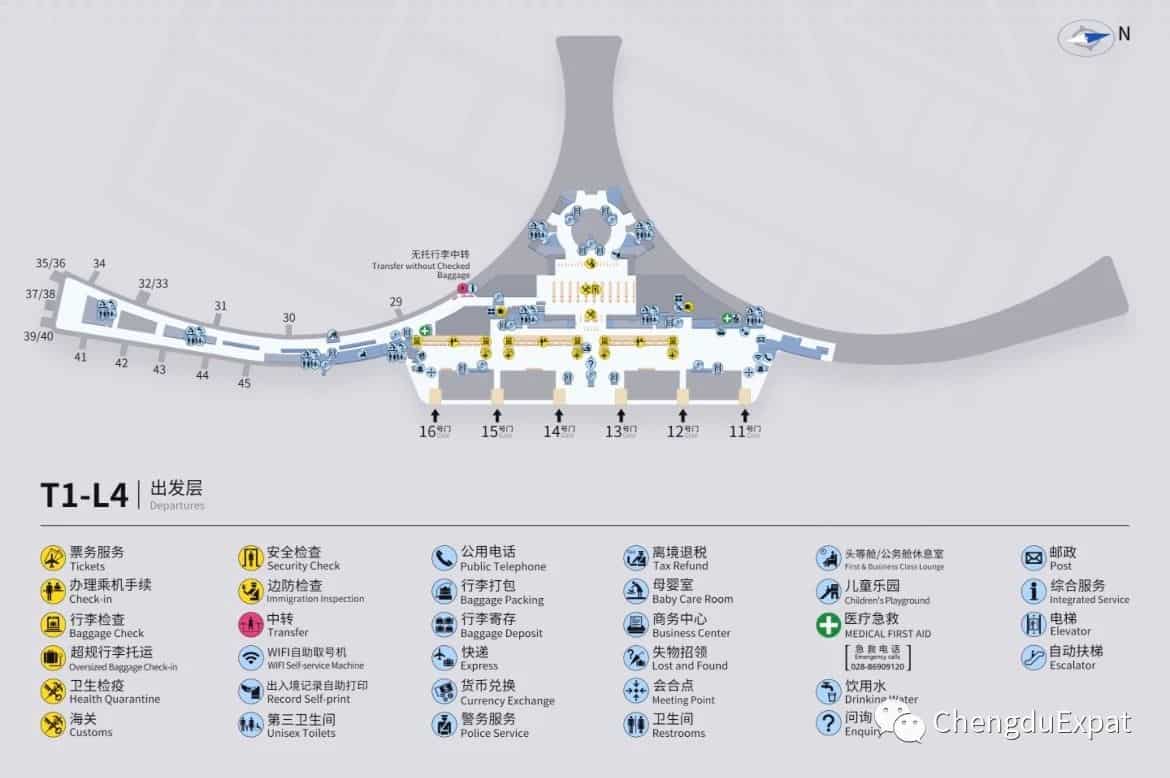 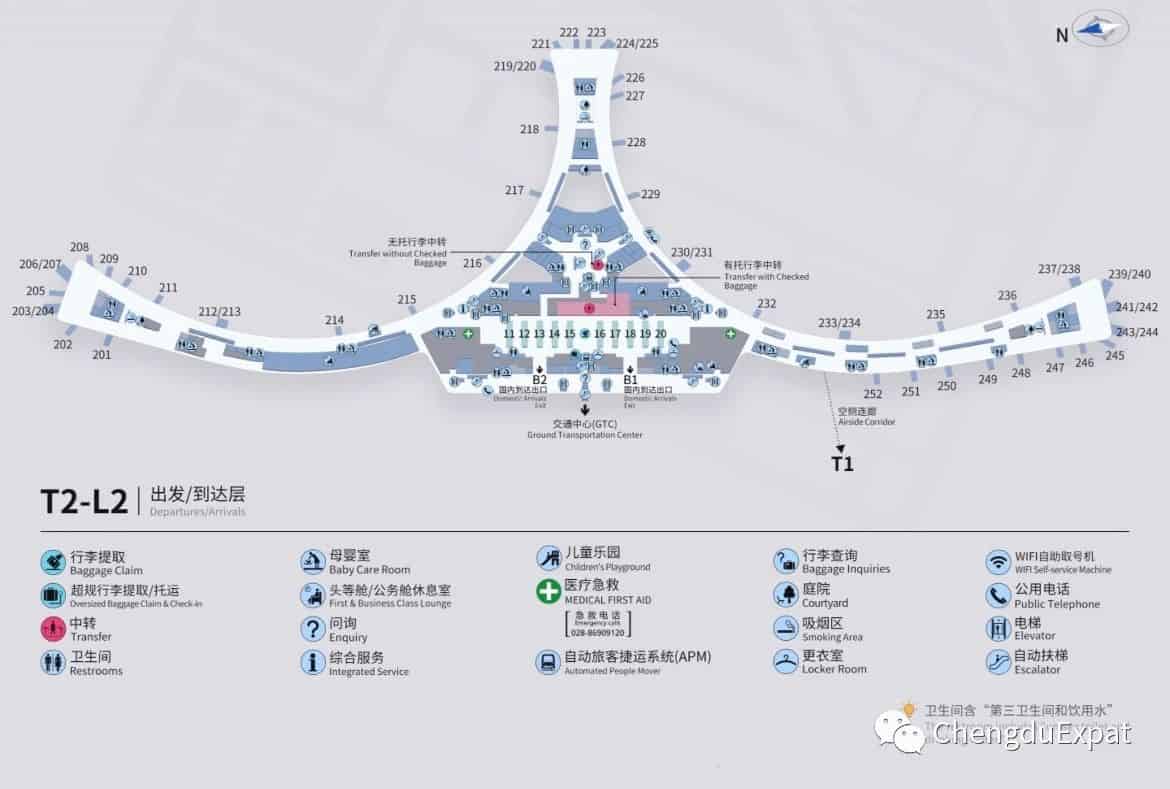 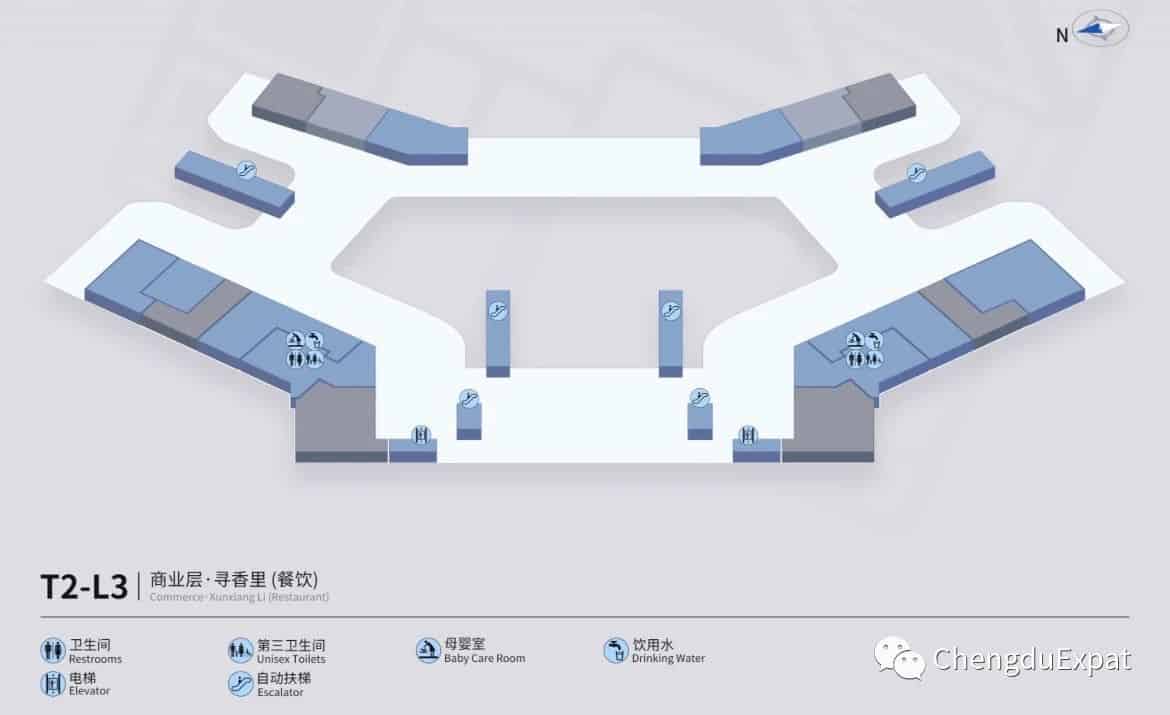 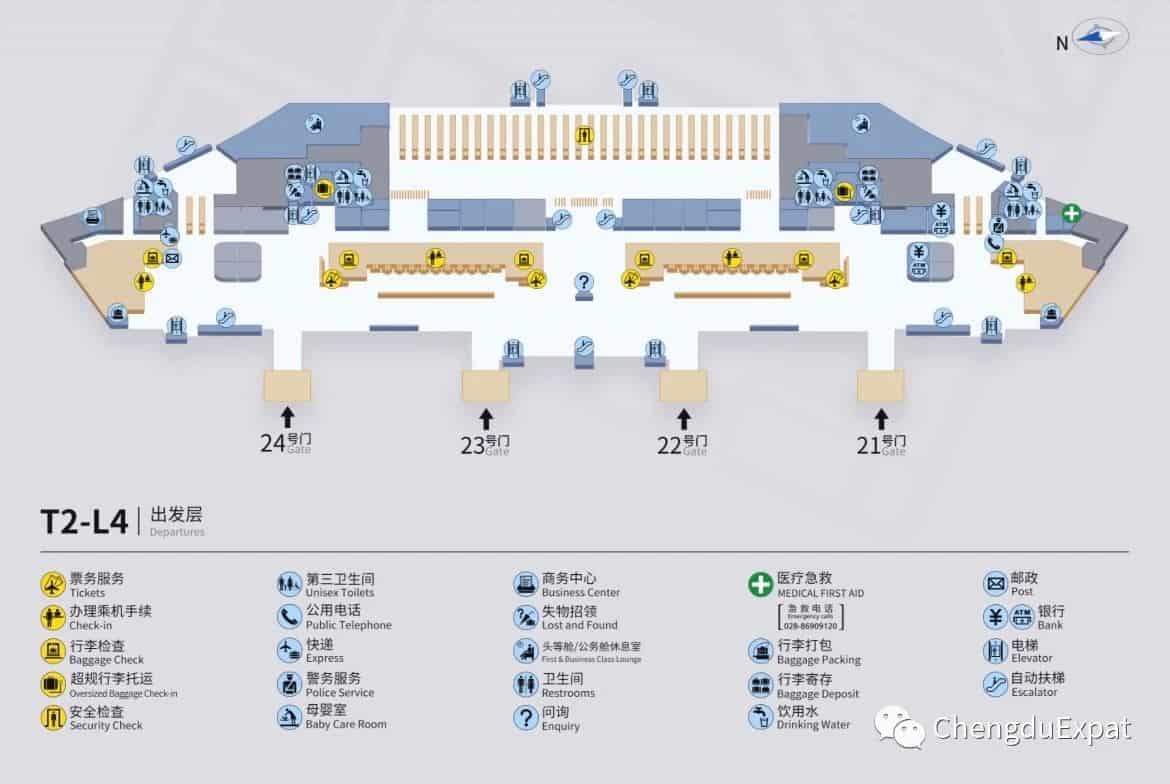