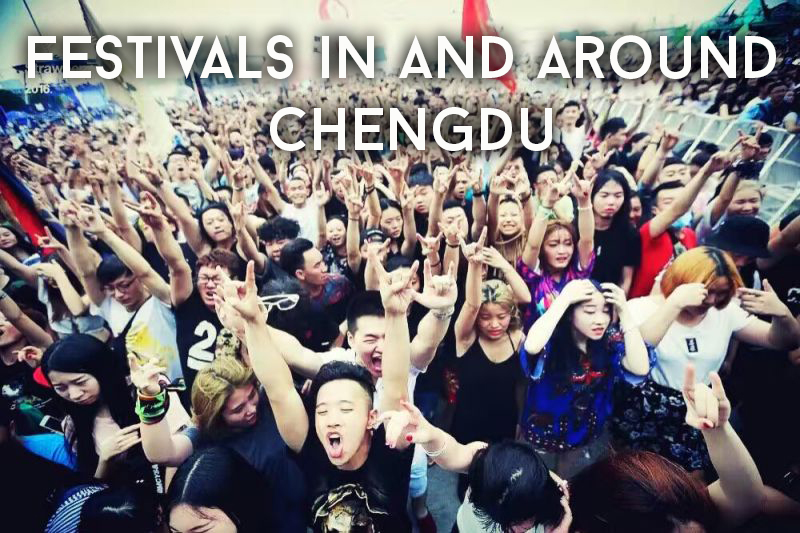 Festivals In and Around Chengdu

Summer is in full swing and what better way to celebrate the hot weather than a music festival? Over the last few weeks Chengdu and the surrounding region have played host to both well-established and emerging festivals alike. The Chengdu-Expat team were lucky enough to attend most of these festivals, so we’ve put together a summary of four of the best recent festivals in and around the ‘Du.

On June 18th, Chengdu hosted its first official Fête de la Musique, featuring 3 French bands – Nach, Success and Last Train – and more than 30 local bands and musicians at iBOX, Evergrande Plaza, CapitaMall Tianfu, as well as at Sofitel, The Abbaye, The Beer Nest 2, and more public spots all around the city. Over the past 40 years, Fête de la Musique has developed into one of the world’s biggest non-commercial music festivals and its mission of providing great music for all is now helping to further enrich Chengdu’s thriving music scene.

On July 1st and 2nd China’s largest electronic music festival made its way to Chengdu’s International Intangible Cultural Heritage Park. With a massive international artist lineup consisting of some of the world’s top musical talent (Fedde le Grand and Far East Movement to name a couple) and an epic stage set-up that was straight out of a Sci-Fi movie set, STORM definitely delivered on its promise of giving attendees an ‘unforgettable experience’. Along with pulsing laser lights and pounding bass, Chengdu truly did embrace The STORM!

A little further afield but by all means worth the trip, Neverland Festival took place on 9th and 10th July just a few hours’ drive outside of Chongqing. Providing a slightly more chilled vibe than other recent festivals, Neverland gave its attendees the chance to camp out at the festival grounds, allowing the partying to continue long into the night. There were two stages at the festival; one mainly playing techno and hip-hop, and the other dedicated to psytrance.

The whole of the Chengdu-Expat team attended this one: the first official Strawberry Music Festival to be held in Chengdu. On 9th and 10th July at the International Intangible Cultural Heritage Park (which seems to be THE place to be if you’re a festival coming to Chengdu!) crowds gathered across four stages to let loose and enjoy some awesome music in the scorching heat. Our personal favourite was the main stage (surprisingly named ‘Strawberry Stage’), where Xie Tianxiao, who has long been hailed as one of the leading figures of Chinese rock, closed the first day of the festival on the Saturday.