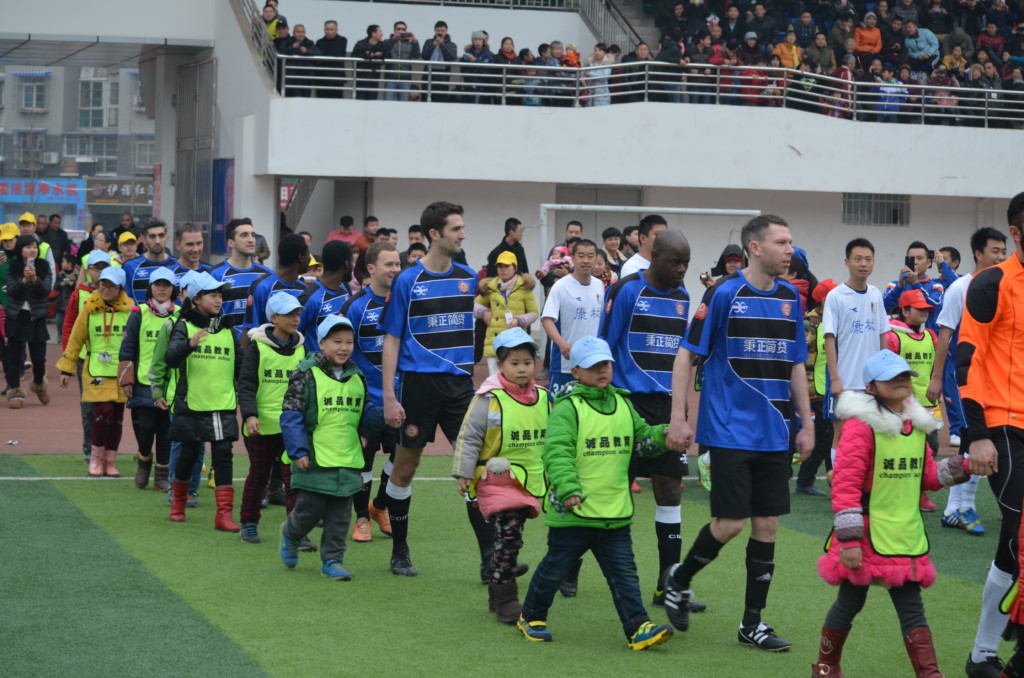 Another mostly scorching summer passes in Chengdu and most people’s attention turns back to work and the impending arrival of winter, fear not though as winter also signals the start of the football season (and some other sports too).

Sports in Chengdu are great for settling into a strange new city and making friends. There are also the associated health benefits of getting regular exercise, which can be neatly balanced with the health implications of spending time with your new teammates socially. So read on to see what’s available in Chengdu for football and basketball lovers.

The Chengdu International Football League is the main football outlet for foreigners in Chengdu. Since 2011 it has been offering regular competitive football. Every Saturday during the season upwards of 250 footballers from over 40 countries converge to play their league matches.

This season major changes are afoot with the league changing location for the first time in three years and expanding to include more local teams. This season’s games start on the 12th September and will take place at the newly refurbished University of Electronic Science and Technology.

With the addition of four new teams this season’s league has grown to be the biggest size ever. The introduction of four new local teams is sure to add to the International feel of the tournament and also strengthen the leagues ties to the local communities and the league’s mission statement of fun, friendship and football.

Last season proved to be the tightest season yet with the Championship going down to the final day of the season and the top three teams playing at the same time. During the course of the games the destination of the Championship changed no less than seven times with AS Classe eventually winning their maiden CIFL title. Honorable mentions go to Footballers Anonymous and BaoZiLona who ran them very close.

If you are interested in being in in finding a team then please email chengdufootball@yahoo.com or call/text 15881048205

Football is not just a man’s sport in Chengdu. For the last three years the girls of the Chengdu Sunbirds have been showing there is an equal amount of talent on the female side.

The Sunbirds are team made up of women from all around the world who love or want to try football. Taking their name from the city’s iconic Golden Sunbird that is proudly displayed all over the Chengdu they also do the city proud outside of it’s boundaries. In June they travelled to Chongqing to play in a mini tournament with two other International women’s teams and returned with a very respectable record of one win and one loss.

The Sunbirds are constantly recruiting new players and social members of the group so why not join them for their Wednesday practices which take place at Sichuan University East Gate pitch from 7pm or call/text 1388010064.

And just when you thought this article would be all about football we move onto basketball. Despite the sports immense popularity in China there have been very little outlets for Chengdu’s International Basketball Community.

That is all due to change with the launch of the Chengdu International Basketball League in late 2015. An exciting 3v3 tournament that will take place in the run up to Christmas with teams playing on weekends and weekdays. All the fun will kick off at a one day launch tournament in late October.

It’s not too early to register your interest in the tournament. If you are interested in being a part of it then call 15528371627.