Today, if you received WeChat messages from your Chinese friends wishing you a happy Valentine’s Day, you may have been left a little confused. Valentine’s Day is on the 14th February after all, is it not?

Well, right, Valentine’s Days falls on the 14th February, however, in China, it constitutes just one of several days a year on which love (or shopping) is celebrated. Here’s a guide to the different “Valentine’s Days” in China, when they are, and how they’re celebrated

The Qi Xi Festival (七夕), also referred to as the Night of Sevens or the Magpie Festival, is possibly the best equivalent to Valentine’s Day, being the time of year when love is traditionally celebrated in Chinese culture. The festival occurs on the seventh day of the seventh month of the lunar calendar every year. This year the festival has fallen on the August 7th.

The festival celebrates the legend of the weaver and the cow herder. The pair fall in love and have two children. It turns out the weaver girl is, in fact, the granddaughter of the Queen of Heaven who finds out the weaver has married a mortal and snatches her back up to heaven… 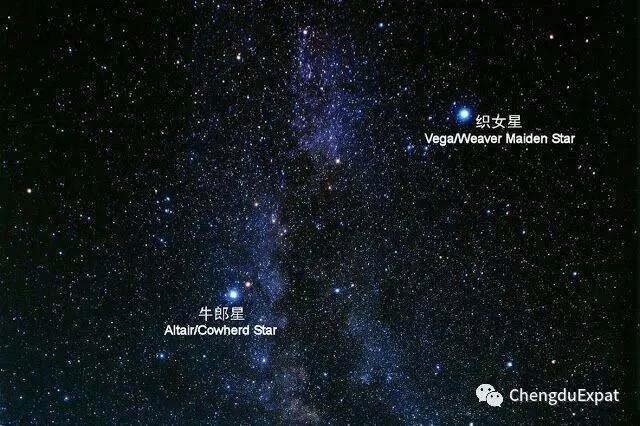 The herder grows distraught, but conveniently, an old cow he had rescued in his youth revealed he was, in fact, a god. The cow offered up his skin, saying the leather from it could be made into shoes that could fly – to snatch his beloved back. Seeing this, the Queen of Heaven uses a hairpin to slash a rip in the sky from which a silver river flows, separating the couple. This river, the Yin He 银河, is known in the west as the milky way.

The earth’s magpies are moved by this and try to help the couple and seeing how miserable the granddaughter became, the Queen of Heaven partially relented. Thus, on the seventh day of the seventh month every year, the magpies would flock together, forming a bridge with their bodies so that the couple could briefly reunite.

In times, past girls would take part in needlework competitions, offering their creations up and children would hang wildflowers around the horns of ox’s in memory of the cow-gods sacrifice. As a result of this legend magpies slowly came to symbolise marital bliss and faithfulness in Chinese culture. 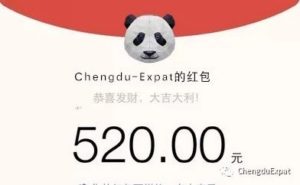 In recent years May 20th (5.20) has become a sort of ‘Netizen’s Valentine’s Day’ among young people. Starting from an internet craze where the Chinese pronunciation for the date as “five two zero” (wu3 er4 ling2) was felt to sound like “I love you”  (wo3 ai4 ni3), the day has since become an opportunity for men to shower their girlfriends with gifts and for couples to upload lovey-dovey photographs onto social media hashtagged #520.

The West’s Valentine’s Day is a recent import to China however it’s now widely celebrated among younger generations of Chinese. Like 520, it is widely regarded as a shopping holiday. With its origins in Ancient Rome, in Chengdu, the run-up to Valentine’s day roses and chocolates are widely available, although prices rise sharply (roses which normally sell for RMB 3 sell for RMB 20. A single imported rose can cost as much as RMB 300). 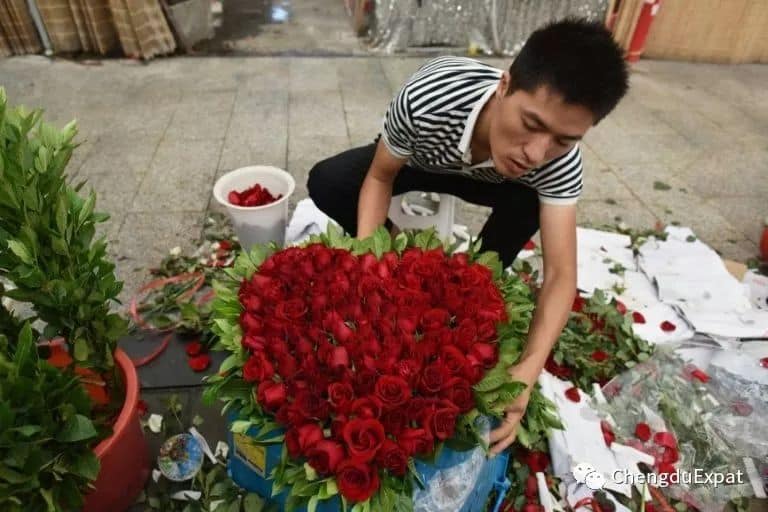 White Day is a day that is marked in Japan, South Korea, Vietnam, Taiwan, Hong Kong Malaysia and China on March 14th, one month after Valentine’s Day. White Day is typically observed by girls and women presenting chocolate gifts, usually to boys or men, as an expression of love, courtesy, or social obligation.

And if you’re single?

Although there are several Valentine’s Days, singletons fear not. China also has a Singles Day (光棍节 or 双十一) on November 11th. Reputedly started in a dorm room at Nanjing University in 1993 by a group of single male students the idea was picked up by Alibaba in 2009 as a marketing ploy to boost sales between the October Holiday and Chinese New Year.

Big discounts were offered online and now Single’s Day is one of the most lucrative days of the year for online retailers as everyone goes online to treat themselves. In this way, whether you’re loved up or single there’s always a day for you in China.

If you’re in need of some inspiration for date night, check out our mini program. The ChengduExpat+ in-WeChat-app helps you find restaurants, bars and secret spots near you.

Happy Qixi Festival from
the team at Chengdu-Expat
We ♥ you!
Thank you for reading!