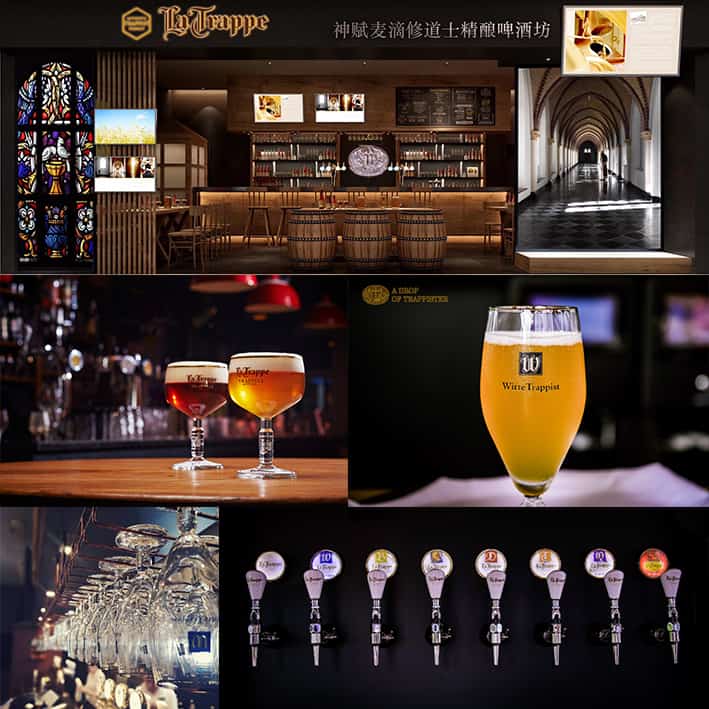 From the monks of Europe, to South West China – ADT are launching online and offline draft monastery beer stores. There will be 3 shops in Chengdu – and more are opening soon. Their trappist beer from Koningshoeven in the Netherlands has a history of 138 years and is one of only 11 Trappist beers in the world.

Monastery beer is often labelled “Trappist”, which means it must pass three strict rules certified by the International Trappist Association:

（1）Breweries must be situated within the walls of monasteries;
（2）Beer must be brewed by the monk himself or under his supervision.
（3）Some of the proceeds must be donated to charity.

Until now, there are only 11 ITA-certified monasteries worldwide. 6 of them are in Belgium, 1 in Austria, 1 in United States and Italy, and 2 in the Netherlands.

It’s usually impossible to take-away trappist beer. But ADT beer stores -in cooperation with La Trappe- have growlers available for take-away or delivery!

ADT’s draft beer delivery requirements strictly follows the rules in order to give you the best flavour.

Moreover, from September 1 until 29, you can get world-class draft trappist beer for only 16 RMB at ADT Beer Shops!

仁和专柜店：成都高新区仁和新城B座下沉广场
Renhe Square: Outside kiosk at Block B (near McDonald’s)