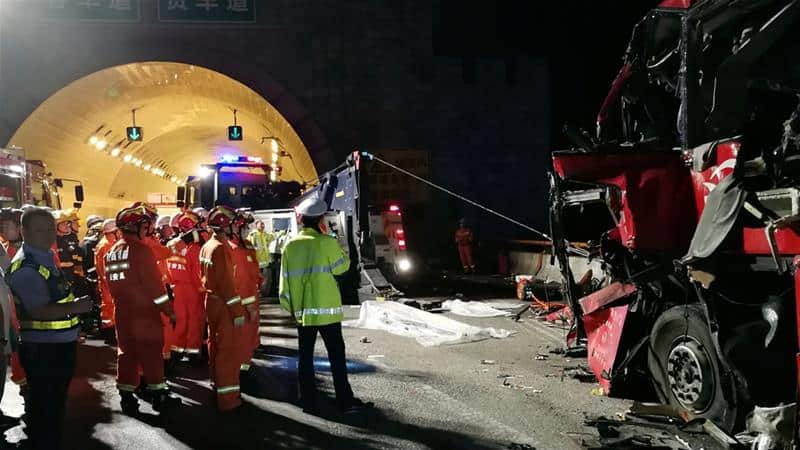 Reportedly carrying 49 passengers, 2 children are among the dead and 13 others have been injured.

The sleeper coach set off from Chengdu Chengbei Passenger Station and was bound for Luoyang, Henan province on a journey that should have taken 26.5 hours.

The fatal bus crash is the second tragedy to befall Sichuan in less than a week. On Tuesday night a 7.0-magnitude earthquake struck Jiuzhaigou leaving 20 dead and many hundreds more injured and/or displaced.