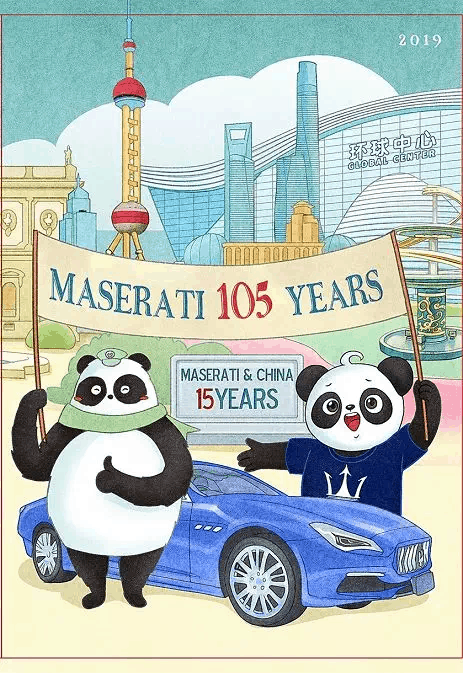 Maserati’s legendary story began 105 years ago when the Maserati brothers, Alfieri, Ettore and Ernesto, painted “Alfieri Maserati” outside a garage with a workshop in Bologna, Italy. Their vision, enthusiasm and expertise led them to become a global brand, universally recognized as a symbol of motoring excellence.

1914Alfieri, Ettore and Ernesto Maserati open the “Società Anonima Officine Alfieri Maserati”, a car workshop at 1, via de’Pepoli in Bologna.

1926Maserati’s first original creation: the Tipo 26. It was the first car named Maserati and it proudly displays the soon-to-be-famous Trident logo.

1953Juan Manuel Fangio wins the Formula One world championship at the wheel of the A6GCM. It also marks Maserati’s first winning in the championship series.

2016The brand continues to innovate thanks to the launch of Levante, Maserati’s very first SUV.

2019Maserati’s 105th anniversary and 15 years since entering the China market.

2019 was a very special year for Maserati as the company celebrated its 15th anniversary since entering China. On this very special moment, Chengdu Poly Auto Maserati collaborate with Panda Post for the limited edition postcards.

As the first flagship store of Maserati in southwest China, Chengdu Poly Auto celebrates Maserati’s anniversary with Panda Post in all places around the city.

Chengdu Apartments | August 2020 Are you looking to change residences

In January, China has announced a ban on non-degradable bags

US Consulate in Chengdu Closing in Retaliation for Houston