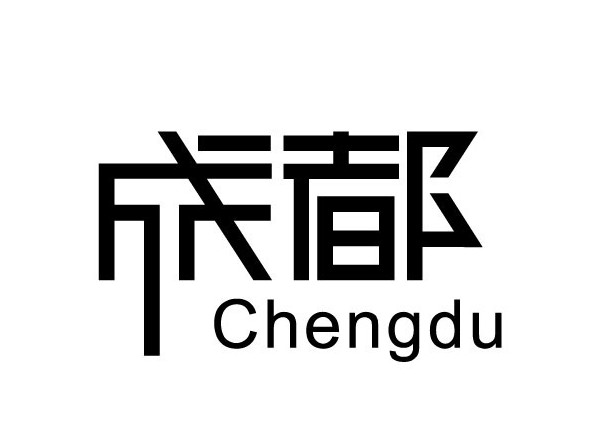 China and the Czech Republic came to an agreement this past July on the establishment of the Consulate General of Czech in Chengdu. The institution is the second Czech consulate general in China, with its consular districts covering the provinces of Sichuan, Guizhou, Yunnan and the Chongqing Municipality. So far, fifteen countries have established consulate generals or consulates in Chengdu. Moreover, a 60-person government and business delegation of the Czech Republic visited Sichuan September 5th through 12th. The Senior Vice-Minister of Foreign Affairs of the Czech Republic Lukasz Kautsky also came to Sichuan on September 7th. Both delegations attended the opening ceremony for the Consulate General.

On September 27th the Ascott Chengdu held its Annual Mid-Autumn Thank You Party under the Full Moon Celebration at its unique Dufu Pavilion. Guests from overseas Consulate Generals, Ascott Residents and media partners were invited and presented the party along with their family and friends to celebrate together in a dreamy autumn ambience with good food, wine and scintillating music – truly another home-away-from home experience the Ascott Residence created for their guests.

So, you think you’re a wise guy? Prove it. Join Chengdu’s only bilingual Quiz Night at The Beer Nest II. Every 2nd & 4th Saturday starting at 6pm, with Welfare for Animals as your host. Bring on the Battle of the IQ! More info, call 13730871837 or email info@thebeernest.com.

Until December 17th, this exhibition at the Jinsha Site displays over 100 pieces of fine porcelain works. During the show is also an exhibition of some pottery items unearthed from the Jinsha Site and ceramic ware unearthed from the Qionglai kiln. The artifacts come from the Nationale de Sèvres (a porcelain factory in France which used to be the royal porcelain factory) and has developed into a leading ceramic manufacturer in Europe since late 18th century. Patronized by Louis XV and his courtiers, the factory gradually rose to be the fashion pioneer of ceramic art and the provider of luxury brands for Versailles Palace, Louvre Palace, etc. While inheriting the Chinese traditional, the factory is dedicated to the pursuit of innovation with its cooperation with top artists and designers around the world and is noted in the industry for its unique styles.

The opening ceremony of the 1st Panda Festival was held on September 25th at Dujiangyan Sports Center. The festival put on stage programs on the panda culture, public welfare activities, various shows, movies, interactive activities and a grand display of modern vision technology. The festival will finish on November 31st.

Thanks to QSI and everyone involved with Live Aid for Nepal, over 1,000 people attended the event on October 30th to support the victims of the April 2015 Nepal earthquake. A mixture of Halloween party and fall events, the night went fantastically well. There were all sorts of games for kids and goods to buy. Funky Something played and got all the kids on stage dancing. Sino Stage sent some dancers to display their enchanting movements. The QSI teacher band rocked out some classics, and of course FanQie’s Drum Group got the whole audience involved. There were funny costumes, scary costumes, craft beer from The Beer Nest and excellent food from Iron Pig, Bookworm, Peter’s Tex-Mex, Tandoor and many others. 100% of all proceeds went to assist the Nepalese.

With the theme of “Sharing Is Good”, this festival will feature cross-border integration, interactive experience and fashion & fun to make itself an art carnival of mass involvement. Colorful activities will be staged during the three-month period at its main exhibition venue at the Blue Roof Art District and the sub-venues including Suiyue Art Museum, Museum of Contemporary Art Chengdu and Chengdu Art Academy, as well as a large number of public cultural sites around the city.

Bentley Motors held its pinnacle, sector-defining Bentayga SUV’s launch event on October 23rd at Niccolo Chengdu for China Market. The launch conference was held in the Niccolo ballroom with the theme “Travel all Around the World” because the world is full of extraordinary places and the Bentayga has been designed to take you to them. Famous actor Wu Xiubo was invited to attend this event to witness this moment. An exclusive gala dinner took place at the sculpture garden on the 7th floor, and 300 guests took a culinary journey of Sichuan Cuisine. Niccolo Chengdu represents a new benchmark of style and hospitality and reflects its mantra of “New Encounters. Timeless Pleasures.”

For more than two years, the Chengdu Entrepreneurship Meet Up has been held every 3rd Wednesday of the month starting at 7:30pm. It’s a free event for anybody interested in entrepreneurship and operating a business and includes presentations, idea pitches, Q&A and networking. Feel free to join and hear the stories of trailblazing and building businesses in Chengdu! Organized every 3rd Wednesday of the month @ The Beer Nest II, Bar & Kitchen.

In order to celebrate the 15th Anniversary of Oakwood China, the “Colors of Chengdu” shooting contest was held by Oakwood Residence Funder Chengdu beginning in the middle of July. After one month’s collection, the Top 10 were selected by a judging committee and then put to a public vote. The first, second and third places were selected based on public voting. They got free accommodation at Oakwood property and were invited to Oakwood Residence Funder Chengdu’s Mid-Autumn Party.

Lan Kwai Fong Chengdu once again evolved into a hot enticing stage towards the end of the summer, gathering thousands of enthusiastic people for the ‘Summer Love’ outdoor party. While adhering to the spirit of Lan Kwai Fong-style events and carnivals, the party this year also featured fashion and environmental elements, where Hong Kong fashion designer Zoie Lam crossed over with Paris fashion designer Mats Rombaut using fashion to bring out the message of environmental protection. Never without live music, MR., out of Hong Kong, sparked passion and brought a whole new level of excitement to the party.

Comprehensive medical care for the entire family is available at ParkwayHealth Medical Center in Chengdu. Their team of physicians are able to diagnose and treat a wide variety of ailments affecting patients of all ages. Their bilingual Family Doctors, Dr. Cynthia Zhang and Dr. Leo Huang have years of working experience in international health care facilities. They specialize in Primary Care for Adults and Children. The clinic also offers a full range of Women’s Health, Physical Therapy and Psychology & Counseling services provided by bilingual and qualified Physicians.

The 18th Chengdu Motor Show (CDMS) was held September 5th through 13th at Century City New International Convention & Exhibition Center in southern Chengdu. A total of 106 auto makes and models from around the world, including 71 new versions, were put on display at the venues, covering an area of 150,000 square meters. Supporting programs included forums, contests, a fair for secondhand cars, and the conferences of auto fans were staged during the 9-day event.

Being located in the heart of the city, Niccolo Chengdu is fast becoming the city’s epicentre for events. It hosted the much-anticipated UK China Urbanisation Forum “Northern Powerhouse Business Event” yesterday. The UK Chancellor of the Exchequer George Osborne led the delegation (which included Ministers of Finance Terence James O’Neill and Barbara Woodward along with civic and business leaders) on sustainable city development in Chengdu. During the visit, the delegation held in-depth discussions with officials and representatives as part of the week-long tour through China to boost commercial and political ties with the country.

At the invitation of Consulate General of the US in Chengdu, Elizabeth Kiester, Vice President of Design for Accessories of American famous brand Tory Burch, came to Chengdu and shared her rich experiences in Asia and New York with audiences. She hoped to deepen her understanding of the profound cultural connotation of southwest China by exchanging and visiting in Chengdu, Kunming and Dali.

On October 13, 2015, Chengdu, China signed an agreement on developing friendly cooperation with San Francisco, the US. San Francisco, as the second largest city of California is the largest financial center of western United States. Its economy dominated by service industry, and like hi-tech, finance and tourism industries are well-developed.[:]