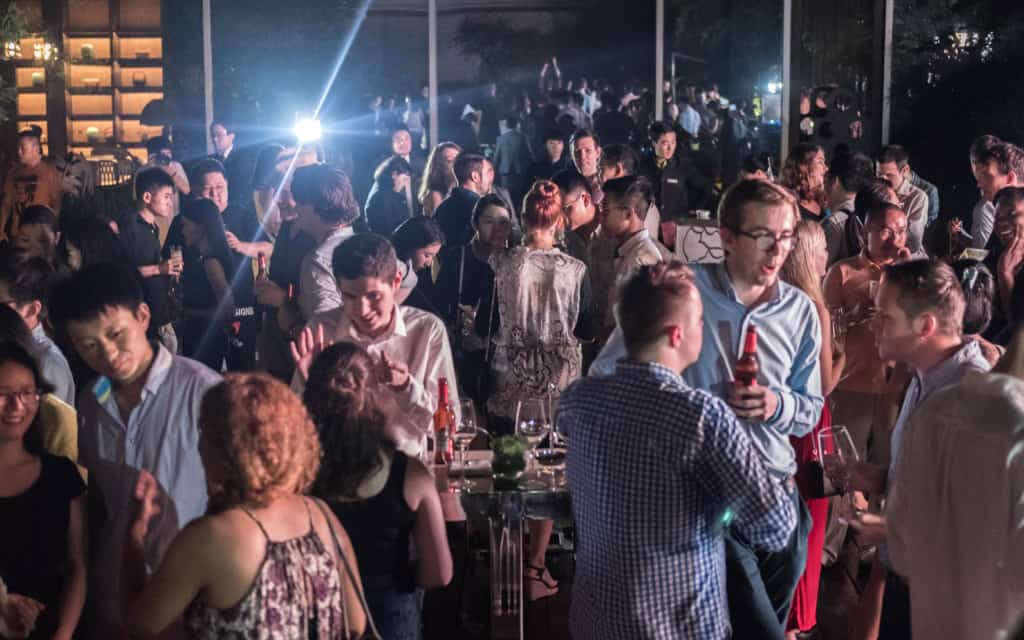 On Friday the 28th of July more than 120 young professionals gathered on the Wanda Reign’s swanky roof garden for drinks and networking.

Despite the rain’s best attempts, which forced a brief retreat to a salon room, the event was a great success!

In cooperation with the British Council, this was the second edition of Chengdu-Expat’s Young Professional’s Mixers. Amongst the tables of appetisers a diverse crowd of Chinese and Foreign business owners and professionals mingled, drinks in hand, making new connections and exchanging ideas.

Presided over by one of Chengdu’s top DJs, the event’s sponsors (Extravagent Yak, Walnut , Laowai, Battle Blitz) were all present with stalls and a range of activities.

Prize draws run by Extravagent Yak and the Wanda Reign provided another flourish of colour to the night. Not only were great prizes on offer (a trip to Tibet and the chace to stay at the Wanda respectively) but the entry tokens for the The Extravagent Yak’s prizedraw also caused quite a stir (numbered bamboo butteflies which balanced gracefully on the end of finger).

Photos of the night, as taken by Jake Homovich.

Video of the night, as shot and edited by Jon Anderson of Shed Studio.

As for next time…

The next mixer, Young Professionals Vol.III, will occur on Friday 22nd September on the Fairmont Garden Terrace.

Follow this  link for more information, or buy tickets here!