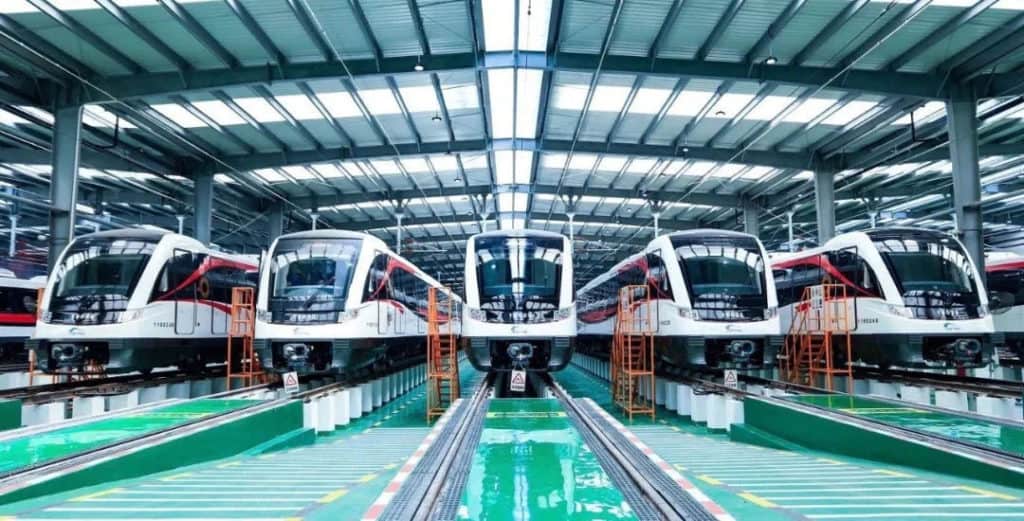 In Chengdu, many of us are now too familiar with the many high-rise apartment blocks and skyscrapers constantly being built around the city. Although, we are extremely aware of the developments happening above the grown, most of us are blissfully unaware of the advancements of the city that are happening just beneath our feet.

If you haven’t heard already, there is a new metro line, phase one of Line 18, announced to open by the end of September 2020, as construction on the line began on August 16, 2016. The opening of the new line strives to relieve the constant rush of Line 1, as it runs parallel to Line 1 from North to South. Phase 2 of Line 18, expected to be in operation by the end of 2020, and will connect Chengdu’s urban area with the brand new Chengdu Tianfu International Airport!

We have got all the details you need to get excited about the new line coming to our convenience in the very near future.

Where will Metro Line 18 go?

Opening at the end of September 2020, starting at Chengdu South Railway Station and ending at Chengdu Tianfu International Airport. The total length is 66.2 km (41.1 mi). The line will feature distinct express and local services using passing tracks at selected stations with an express service stopping only at 4 intermediate stations. It aims to complete a trip between Chengdu South Railway Station to Chengdu Tianfu International Airport in 35 minutes. The local service will stop at all stations on Line 18 and will complete the trip in 40 to 50 minutes.

Stations that Passengers can Transfer:

There are a few major stations where passengers can make transfers to different lines.

The metro in Chengdu was first opened in 2010 and currently has 7 lines operating Line 1, 2, 3, 4, 5, 7 and 10. There are automatic ticket stations available at each station where passengers can purchase tickets or top up their metro card in Chinese or English. Ticket prices start from 2RMB for a 0-4km journey up to 10RMB when going over 50km and more for a return ticket.

Metro Line 18 is teal on the map

You may be wondering “Which teal”?

The one right parallel to Line 1, east side.

Will you use Metro Line 18 or which other one are you waiting for?