• Due to the COVID-19 pandemic, China is one again temporarily suspending the entry of several non-Chinese nationals holding visas or residence permits still valid into the country.

• The latest list of countries where non-Chinese nationals are not allowed to enter from: Nigeria, France, Russia, Italy, Ukraine, India, Ethiopia, UK, Belgium, Bangladesh, and the Philippines. Those who will not be allowed entry into China include Chinese visa and/or residence permit holders, even if they were still valid at the time of the Chinese embassies’ announcements.

• China on Thursday defended a temporary ban on non-Chinese arrivals from a growing list of countries as “reasonable and fair” as it guards against a resurgence of the coronavirus.

• It hasn’t yet been confirmed if this will be implemented in other countries, but it seems like it’s only a matter of time.
• Please contact the nearest Chinese Embassy to confirm.
• With other countries also requiring nucleic acid and antibody tests 48 hours before boarding, the difficulty level for all foreigners planning to come to China is very high.

The respective Chinese Embassy and Consulates will no longer issue Certified Health Declaration Forms for such travelers.

However, entry by non-Chinese nationals with visas issued after the announcement dates will not be affected by the latest travel ban.

Who are affected by China’s latest travel suspension?

But, as has been the case always – entry by holders of diplomatic, service, courtesy, or C visas will still be allowed.

Foreign nationals visiting China for emergency needs may apply for visas at their Chinese Embassy or Consulates.

Official announcements of the Chinese Embassy in the UK, Belgium and the Philippines below:

Image: Notice on the website of the Embassy of the People’s Republic of China in the United Kingdom of Great Britain and Northern Ireland.

Image: Notice on the official WeChat of the Embassy of the People’s Republic of China in the Kingdom of Belgium.

Image: Notice on the official WeChat of the Embassy of the People’s Republic of China in the Republic of Bangladesh.

The Chinese Embassy and consulates in these countries will no longer issue Certified Health Declaration Forms for the above-mentioned personnel, the notices said.

Given the rapid rise of COVID19 cases in many countries, China has once again stepped up efforts to control its borders.

As the second wave of COVID-19 truly tightens its grip over the world, China once again steps up efforts to control its borders. Previously tight travel restrictions and stringent health measures for everyone entering the country was keeping the virus at bay –  but now, once again “temporarily suspension”  to entry for several non-Chinese nationalities has come into effect.

The Chinese foreign ministry said Thursday it was a “reasonable and fair” measure to tackle the pandemic. “China is drawing on the practices of many countries and adjusting its handling of the entry of the relevant people into China based on the changing pandemic situation,” said ministry spokesman Wang Wenbin.

Britain is one of the world’s hardest-hit countries with nearly 48,000 deaths linked to the virus and more than one million cases. Belgium, which currently has the most COVID-19 cases per capita in the world, has been in lockdown since last week, while large parts of the Philippines went back into lockdown in October. India passed eight million cases last week, second only to the United States, while Ukraine and Bangladesh have also been sources of imported cases in China in recent months.

Beijing has recently tightened requirements for travellers from several other countries, making entry much more difficult. They include the presentation of a health certificate from the local Chinese embassy showing the results of a nucleic acid test and an antibody test – within 48 hours of travel. For more information, click here.

The new rules apply to travellers from countries including France, Singapore, Canada, Germany, Pakistan, South Africa and the US. The strict two-test entry requirement and short time frame have sparked complaints. The European Chamber of Commerce in China said the measures were “a de facto ban on anyone trying to get back to their lives, work and families in China”.

2 tests within 48 hours before boarding

Dozens of Chinese embassies abroad have issued statements requiring Chinese and foreign passengers flying to China to present negative results of serum IgM antibody test and nucleic acid test within 48 hours before boarding. As the timing of implementation could vary from countries to countries, below is the specific schedule of those countries.

On November 2, China Southern Airlines, international passengers whose tickets involve transit from of through the following 21 countries should contact the ticket sales organization for cancellation or refund.

We are monitoring the situation closely, and will inform you as soon as we have more information.

Lets us know your questions in the comment section.

Follow HeyExpat to keep your finger on the pulse, on the latest news, trends, and happenings in the Middle Kingdom.

• #ZeroWasteChengdu is a new organization in the city, that 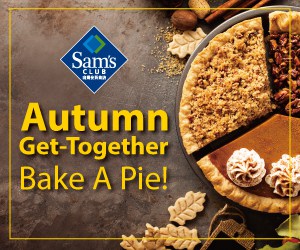 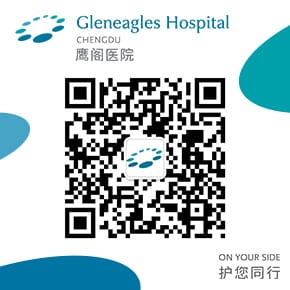