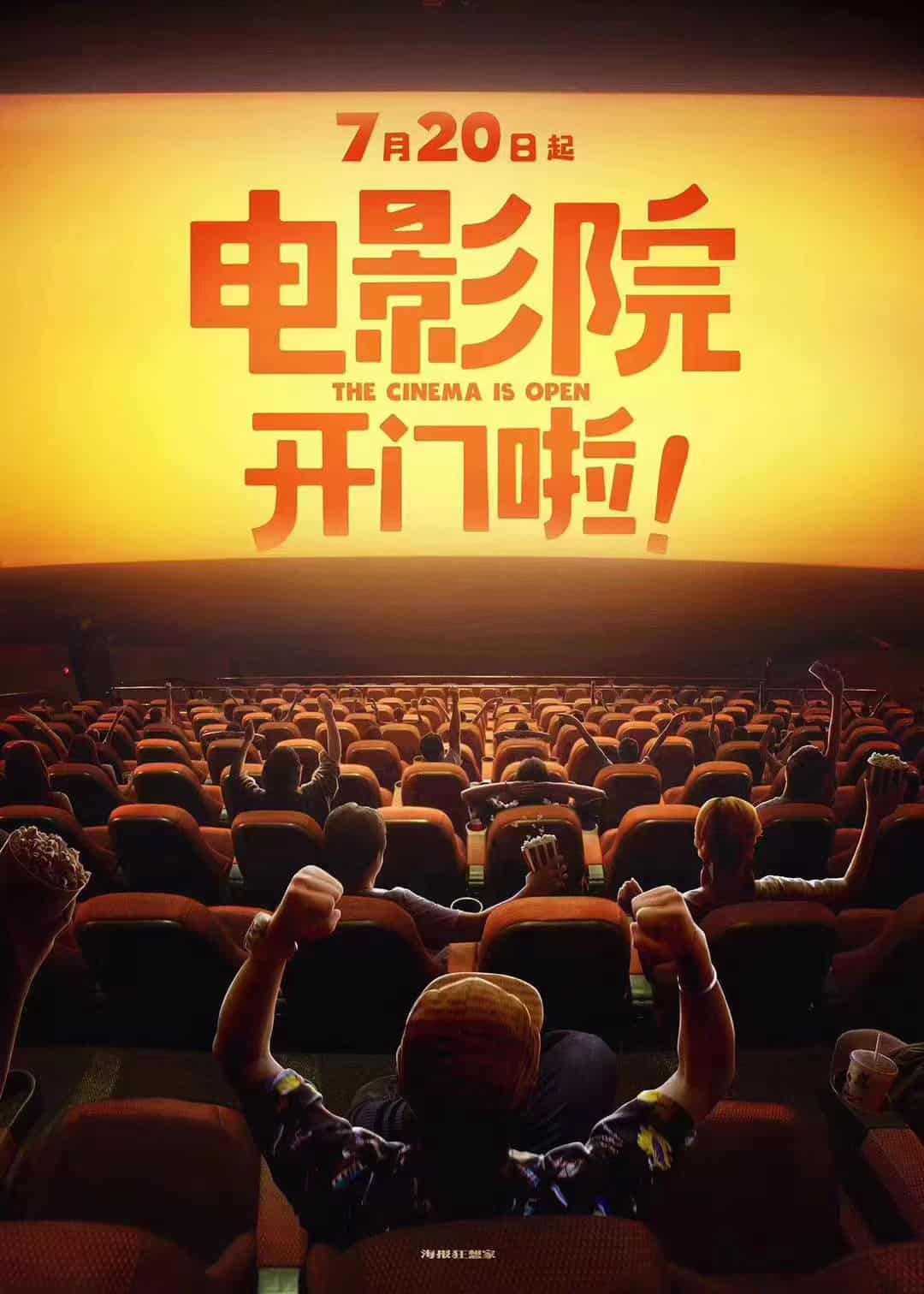 There’s some hopeful news for the film industry coming from China. As the number of new cases of the coronavirus declines in China, those theaters in low risk areas in China “can resume business in an orderly manner” as early as Monday, July 20, the China Film Administration announced in a recent notice.

All cinemas will operate in accordance with the “Guidelines for the Prevention and Control of the Reopening of Film Projections at the China Film Distribution and Screening Association”, said China Film attaching a four page document, and movie theaters will maintain the consolidation of lines and crowds, ensuring that “personnel inspections are in place, environmental disinfection is in place, and emergency treatment is in place” added the organization. According to the entertainment news website Deadline, about 500 have reopened (less than 5% of Chinese exhibitors) by middle of July 2020, mostly in Xinjiang and in far-flung provinces across the country.

They’re showing older Chinese titles at present — last year’s sci-fi blockbuster The Wandering Earth, for instance. And Hollywood studios have been approached about sending such time-tested hits as the first Harry Potter film in coming weeks as the industry ramps up. This will allow theaters to limit attendance and allow social distancing in auditoriums.

Masks will be mandatory and people with a temperature higher than 37.3 degrees Celsius will not be permitted to enter, according to authorities.

Audience members will have to sit at least 1 meter from each other and theaters must operate at below 30 percent capacity, CCTV said.

No drinks or snacks will be sold at theaters and moviegoers are not allowed to eat during screenings.