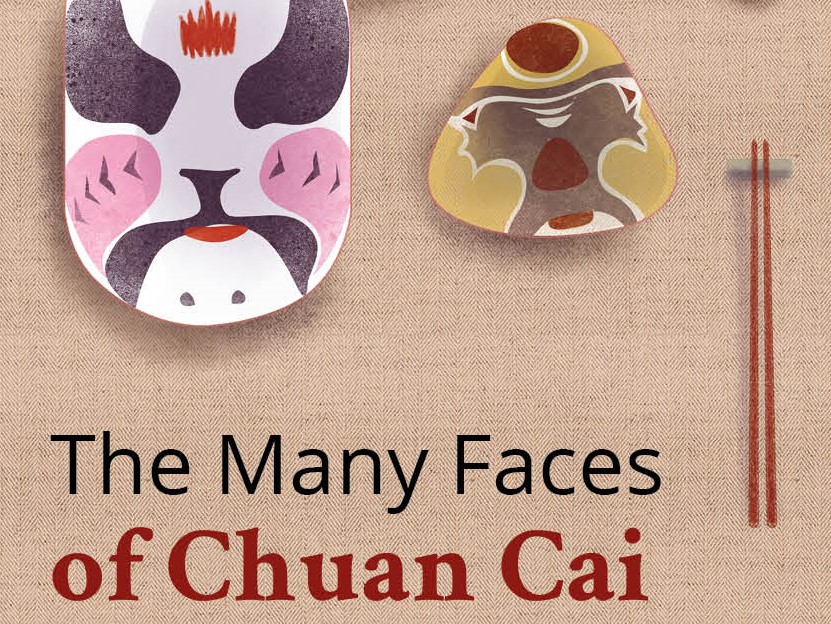 The Many Faces of Sichuan Local Cuisine

We’ve always felt that one of the best things about living in Chengdu is the food, but finding and keeping up with the good spots has been taking some work. Sichuan food is one of the most popular styles of Chinese food, and has its traditions but reinvents itself at a dizzying pace. As our provincial capital becomes more cosmopolitan and people’s work and play activities evolve and diversify, people’s eating habits and food choices are also affected. Many of the city’s well established restaurant names like Da Rong He, Bavin Door, Sui He, Huang Cheng Lao Ma, Cai Gen Xiang, Lao Fangzi, Chengdu Impression and The Veranda Bridge Restaurant are all doing something to advance and diversify the dining experience: adopting new ingredients and cooking techniques, changing the decor or serving style, or opening up casual spots within the same brand family to appeal to a new generation of diners. Over the past few months we’ve been investigating a few popular styles of Sichuan restaurants and trying to get a sense of how the cuisine is developing in the capital.

This kind of restaurant holds the eternal appeal of comfort food and serves dishes that are exaggeratedly rustic and traditional in a matching decor that often features wooden or stone elements.  Even if your idea of home cooking doesn’t come from your local grandparents’ family meals, there is a lot to like about this style of restaurant, which often serves what is called ‘tu cai’, or basic down to earth food. They serve approachable homestyle dishes, including a good selection of non-spicy dishes, usually are reasonably priced, and are good places to treat local friends with less adventurous palates. What we like less about this style is that a lot of oil is typically used in the stir fried dishes. And we also run into dishes that more readily evoke the other meaning of ‘tu’ – sloppy and unsophisticated.

One of these restaurants that we went to check out is Lao Weidao, where several open food prep areas had the cooking methods on display. We saw one curious dish wrapped in a square of foil and some dough paste. Later we watched a server cut the foil open and portion out the pig’s foot that had been wrapped in mushrooms and vegetables and baked inside.

The first thing we selected from the characters-only menu was the tofu skin (豆油皮), which came with two dipping sauces, one funky and dark with pixian bean paste and one stingingly spicy with pickled peppers. The paper-thin tofu skin soaked up the flavours very nicely and was so thin and delicate it soon turned translucent in the sun. The twice cooked pork (回锅肉) was made with fatty pieces of pork belly mixed with garlic shoots and was submerged in oil, but our host explained it was the traditional twice cooked pork. There was a dish called 玉米馍馍炒青椒, a spring dish of steamed corn bun that had been sliced and fried with pearl like chunks of garlic, black beans and spicy green peppers. It was a beautiful dish and really delicious.

The server told us the steamed ribs were among the most popular dishes. They were falling apart tender and served over chunks of taro that were also steamed tender. We also ordered 吊锅饭 ‘hanging pot rice’, which had meat and vegetables on the bottom of a cast iron pot with rice steamed on top. The server mixed up the rice and served it too us, and it was nice and flavourful with a good crust on the rice. The dishes reminded our host of home cooking. We were probably the only table speaking putonghua in the spot. Diners will pay around 40-50RMB per person.

There is no lack of restaurants that are taking high end Sichuan food and pushing the boundaries with new cooking techniques or ingredients. We don’t always enjoy the results of this kind of innovation, which often feels clunky or like their appeal is based on spectacle and strong sensations, and we’ve seen lots of ‘molecular cuisine’ restaurants open and close pretty quickly over the years. However, in skilled hands the results can be pretty impressive.

One to try: Lao Fangzi Jinsha

Stepping into the front courtyard at Lao Fangzi gives one the feeling of entering the private garden of a family of culture. The buildings are made of natural materials that reflect traditional architecture in a contemporary way. We sat down in the main dining room and perused the well illustrated menu that offered several kinds of modern takes on chuan cai. We ordered a cowboy bone (牛仔骨) made from beef rib that was presented simply and cleanly on a bed of pao jiao dou, traditional pickled beans with bits of red pepper and slivers of the mint-like seasoning he xiang adding some savouriness to the mix. They paired the traditional cooked style of liang fen not with pork, but with deer meat, in a sauce that was rich, savoury, spicy and generous with chunks of deer. Their huang men ji, a northern dish that has become very popular in Chengdu of late, was a stunner with chicken and mountain yam in an addictive sauce.

The couple at the table next to us invited us to try the dumplings they’d ordered, which looked like a normal shrimp dumpling but had wood ear added for some crunch and savouriness and had a tiny squeeze bottle of pink vinegar inserted into them. You squeeze the vinegar into the dumpling before eating it. It was a creative presentation that tasted good enough to not seem gimmicky. Lunch was two hundred and some for the pair of us. It’s easy to spend three hundred or more per person here, but it is a great space for an occasion and the environment and food matched the price.

These are restaurants that serve well known Sichuan dishes but also borrow extensively from other Chinese food traditions like the currently crazy popular Hunan, Northern, and Cantonese styles in a kind of haphazard way. They may also switch up their flatware and food plating styles to look more western or Southeast Asian. Also in this category are a few extremely popular newer restaurants whose menus meld casual Sichuan food with popular foreign dishes, like chuan chuan and pizza or mao cai with Hokkaido style soft cheese tarts. We’ve yet to sample these places; it’s possible that they are doing some very special and creative, but they are the kind of trend we tend to see come and go pretty quickly.

We dropped in to Qing Mei Yi Xiang Fang near Du Fu’s Cottage, which was so busy it was hard to get a table for a weekday lunch. We cased the room, noting the crowd is a good mix of older folks and younger people and checking out the dishes on the tables. We noticed their traditional dishes like mapo tofu and gong bao ji ding are very popular, but people were also ordering a few unusual dishes like duck that had been flattened and crisped on each side (糯米鸭).

The decor is a bit like what accumulates in a room after twenty years of occupying a space without really noticing it – Chinese carved panels on the walls, more modern looking stone wrapped columns, and striped and leaf-patterned wallpaper. The dishes on the table gave a similar effect. We got some Hunan style xiao chao rou (小炒肉), which had good flavour but looked like the meat had been cut with a lawnmower. Beef ribs in a sweet and sour sauce were served on a rectangular plate with a pile of watermelon. Chrysanthemum greens (茼蒿) tossed with a snappy mustard and red pepper dressing was a great and refreshing summer dish. The duck and sticky rice was very nice, crispy both on the duck and rice sides with a good flavour. We found the menu and presentation a bit uneven, but there were lots of good dishes and a comfortable atmosphere. Bill is around 50RMB per person.

With a variety of cultures, climates and geographies, Sichuan’s food culture is itself pretty varied, and we are fortunate to have a large variety of it represented in the capital.  A very distinctive and popular flavour of Sichuan’s regional cuisines is Zigong cuisine. Zigong cuisine is often described by Chengdu natives as very spicy, salty and with complicated seasonings that make generous use of hot pepper, Sichuan pepper, salt, and ginger; it’s the typical characteristics of Sichuan cuisine but raised to a new power. They love to eat rabbit, all parts of it, and frogs feature prominently on Zigong restaurant menus. Zigong cuisine is a good choice during the summer when frogs are in season and when people tend to eat ginger to deal with the hot weather.

We did a full review in a recent MORE Choices section for this Shuangnan area restaurant. Our favourite dishes were rabbit stomachs in spicy broth (口口脆), strips of potato and pork liver in a savoury sauce (土豆酱肝), bitter melon scrambled egg (苦瓜炒蛋), and the free appetizer of seasoned strips of rabbit entrails, but we were impressed enough with all the dishes that we plan to explore more of the menu when we do a return trip. Frog and fish dishes were also very popular in the room. Average price is about 50 and up per diner.