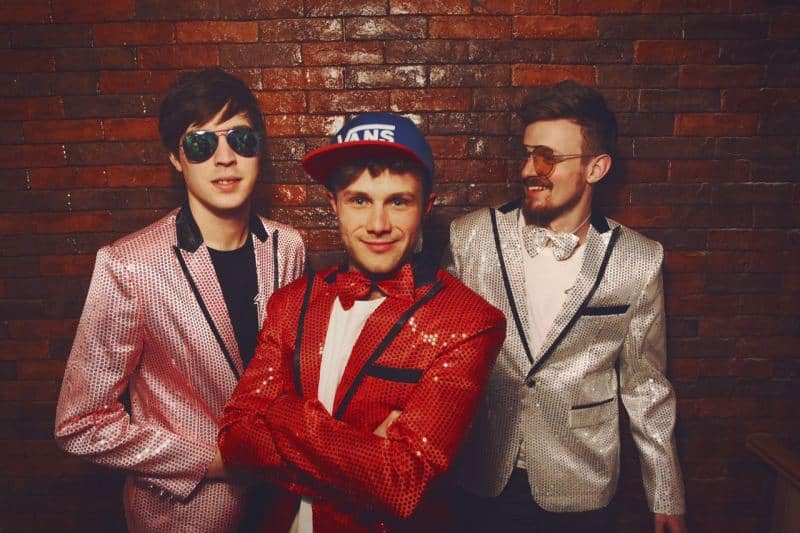 Andrew J Trown is co-founder of NXT LVL and Co-owner of The Park in Tongzilin. This is his electric weekend.

A combined three and a half year veteran of Chengdu, Andrew arrived here on a spur of the moment decision – originally planning just to stay 6 months. But like many others, the city got him hooked (he knows this is a cheesy line). Now AJ divides his time between his restaurant, studying Chinese and his new project, The NXT LVL.

NXT LVL is a squad dedicated to bringing the sounds of the underground to the ears of Chengdu’s residents. Co-founded by three lads from UK, AJ, Liam and Joe. The name comes from the urge to push the boundaries, to the next level.

Whilst focusing on club events, they look to set the party scene on fire in Chengdu with a unique vision for future events. But that’s top secret for now. Follow them (wechat- NXTLVL) for updates, competitions and keep an eye out for their podcast series “IN THE MIX”, first edition will drop this week from co-founder Joe… AKaJobiOne. This is how he’ll spend this weekend in the city:

Getting in touch with my albeit distant Irish roots, I will be celebrating St Patrick’s night in the traditional sense with a few friends on Friday.
I’ll probably be heading to the Irish bars as it’s difficult to find a Guinness and I’m a big fan of Shamrock as they have given the Chengdu rugby team a lot of support over the years. Playing with the Pandas has given me so many great memories over the short time I’ve been here.

The morning starts with my secret hangover cure, coconut water. A quick shower and then straight to my restaurant. The Park opened in May 2016, and the idea stemmed from an overbearing diet of unhealthy food and Sichuan peppers getting a little out of hand. The Park gives its customer a healthy and home cooked western alternative in a welcoming and relaxing atmosphere. We are aptly named ‘the Park’ due to our quiet location opposite (南站公园), in Tongzilin.

During the summer our beer garden is the perfect place to kick back and we provide a western BBQ menu during this time for anyone who hates vegetables. Our new Delivery menu is being prepared as you read this. So expect to hear about us a lot more in the next couple of weeks as you will find many great deals and offers open to the public.

After a couple hours it’s time to prepare the NXT LVL. The circus theme gives us a lot of creative opportunities and we plan to make something very special. I need to size up the Kung Fu Midget for his suit, reinforce the dance floor, wake Roman (the boss of TAIGA) up, make sure all the fire exits are clear and give the elephant a wash. Oh! and I need to change the tyre on the bear’s unicycle as he got a puncture earlier in rehearsals.

Once the NXT LVL Electric Circus is prepared sufficiently, I’ll probably head for a quick warm up at the Berlin Haus (Chengdu’s best secret hangout), to celebrate a good friends 30th birthday. Once nice and warm, I’ll head back to Taiga to open up, set up the DJ’s and performers.

Now the fun begins. Circus vibes in full swing. The Next Level DJ’s spinning a bass heavy mixture of house, techno, garage and all things underground until the last person leaves. We also introduce our Electric Circus Ringmaster, Kipper the Shoeless Beatboxer. No doubt this one will unforgettable with all the madness we have in store.

Taiga will have drinks promotions all night and will give out a free bottle of (tequila) for the best dressed. Our fire juggling, stilt walking, kung fu kicking entourage will keep everyone entertained in true circus style.

Taiga has a reputation of not closing until the last person leaves and I’m sure this party will be no exception. In the early hours I’ll head home for a couple hours sleep. Wake up and play with my 4 cats before heading back to The Park to catch up on the weekends football and 6 nations highlights. Hopefully with England being grand slammers. Weekend done!