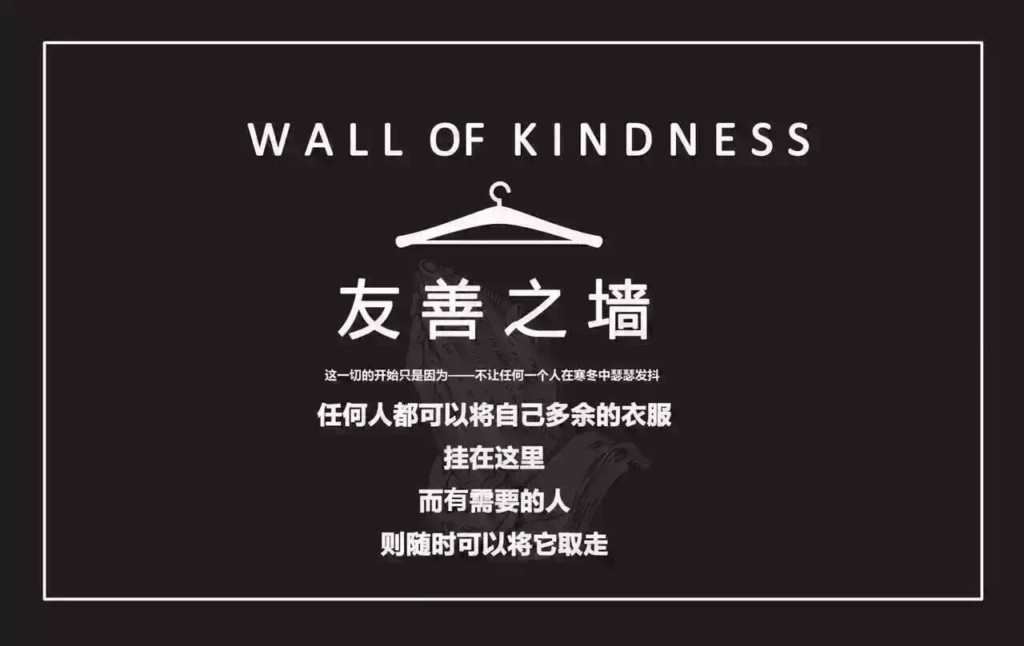 “Wall of kindness” in Chengdu

The Wall of Kindness, a charity work and a kind of welfare, was introduced at iBOX Chengdu last February. It is usually done by attaching cloth hangers outside of houses; those encourage people to donate miscellaneous useful things such as clothing. Originally form Iran, and introduced to Chengdu by an Iranian, citizens can hang their spare clothes on the wall for those in need. The motto of the movement is two sentences which appear on these walls, “leave if you do not need” and “Take [it] if you need”.

In order to make better use of the donations, iBox is planning to install a permanent “ShareBox”and also raise mailing costs for the donated clothes .

The person who initially set up what came to be known as the “wall of kindness” wishes to remain anonymous, according to a local newspaper. But the idea quickly spread to other cities, fuelled by thousands of Iranians on social media.

Now ”Wall of kindness” in Chengdu