Based on a report from the People’s Daily, there are plans for a new satellite known as the “Artificial Moon” to launch in 2020. This satellite will act like an amplifier, illuminating the actual moon at night and brightening the city streets eight times over.

Wu Chunfeng, chairman of Chengdu Aerospace Science and Technology Microelectronics System Research Institute Co., Ltd, spoke of his shocking new plan to brighten up Chengdu on October 10th. The satellite has apparently been tested over the last few years and will soon be ready to take off.

Wu also suggested that this light will replace street lights, most likely saving a lot of money in future electricity usage for the city, and have an optical range of up to 80 kilometers.

Details are still vague, but according to People’s Daily, concerns have already been raised for how this will effect local wildlife. Kang Weimin, director of the Institute of Optics, School of Aerospace, Harbin Institute of Technology, has explained in response that the moon will create a “dusk-like glow”, which will avoid effecting any local wildlife.

Scientists in Russia attempted a similar feat, hoping to find a cheaper source of lighting for the more remote cities of Siberia. In 1999 they launched a 25-metre wide mirrored satellite into space, the Znamya 2. Unfortunately, the plan failed after the Znamya 2 almost immediately crashed into debris in space, and no further attempts were made.

With 2020 drawing close, more information is sure to come about this ambitious plan to  ignite the moon. We’re a bit skeptical that this project will ever see the light of day. 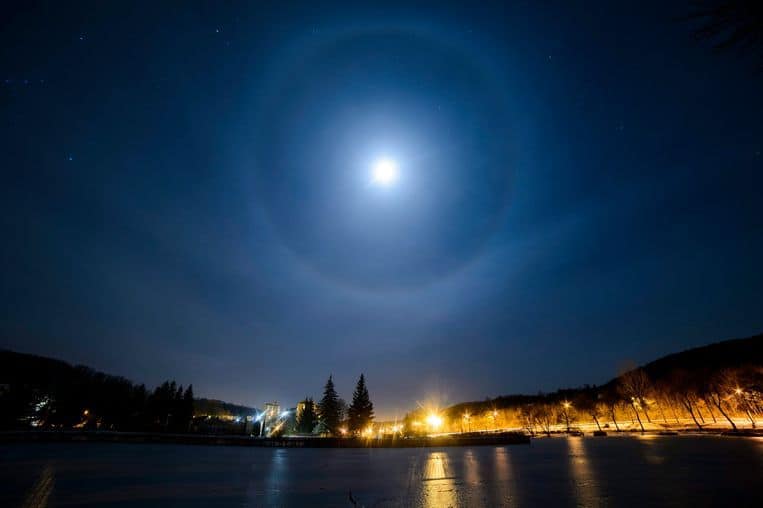