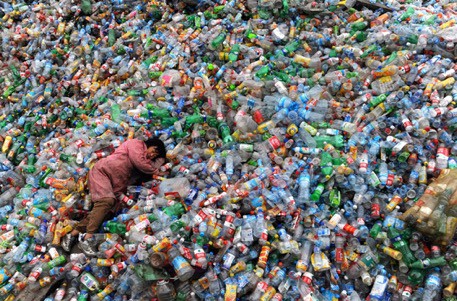 In January, China has announced a ban on non-degradable bags in major cities by the end of 2020 in an attempt to curve its plastic waste production.

The ban will extend to all cities and towns by 2022 but all markets selling fresh produce will be exempt until 2025. Single-use straws have also been banned in the restaurant industry and will be enforced by the end of 2020. On June 30th, McDonald’s has announced the retirement of plastic straws in its Beijing, Shanghai, Guangzhou and Shenzhen branches.

Moreover, China produced 60.9 million tonnes of plastic waste in 2016, making China the largest producer of plastic waste. The US is second, at 38 million tonnes. Furthermore, China recorded to have collected 215 million tonnes of urban household waste in 2017 alone. The estimation of this figure only, unfortunately, growing exponentially. Following this, China has set out the nation-wide ban on single-use plastics which has become ubiquitous to China’s globalisation.

Are there more policies to reduce plastic waste?

Other notable goals in the 5-year policy to tackle plastic waste pollution from the National Development and Reform Commission and the Environment Ministry are:

The ban comes as China’s plastic waste problem continues to be spotlighted. A prime example is as of 2019, China’s largest rubbish dump is already full, 25 years ahead of schedule. Designed to last until 2044, Jiangcungou landfill in Xi’an city is approximately the size of 100 football fields. However, it is not just full landfills that feel the full brunt of the plastic waste problem. A study by Jambeck et al. shows that in 2010, China leads with 5 billion pounds of plastic waste that contributes to the oceans.

Finally, Click here to read more about how to reduce your plastic waste.