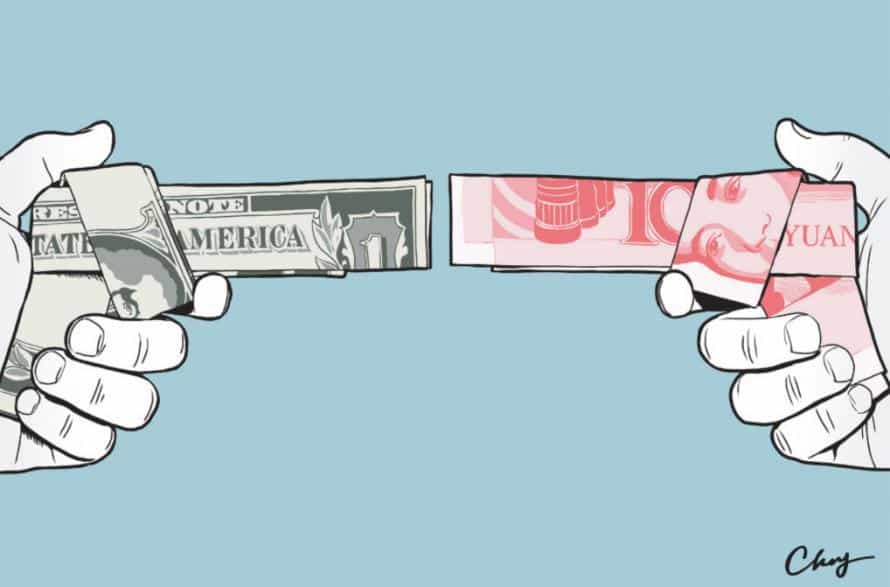 WeChat groups were set alight in Sichuan this week after the USA and China announced new waves of trade tariffs on each other’s goods. This caused some local businesses to act in a similar manner, taking politics into their own hands. Two restaurants in Chengdu and Nanchong have looked to replicate America by placing a 30% and 25% service charge on foreign customers. 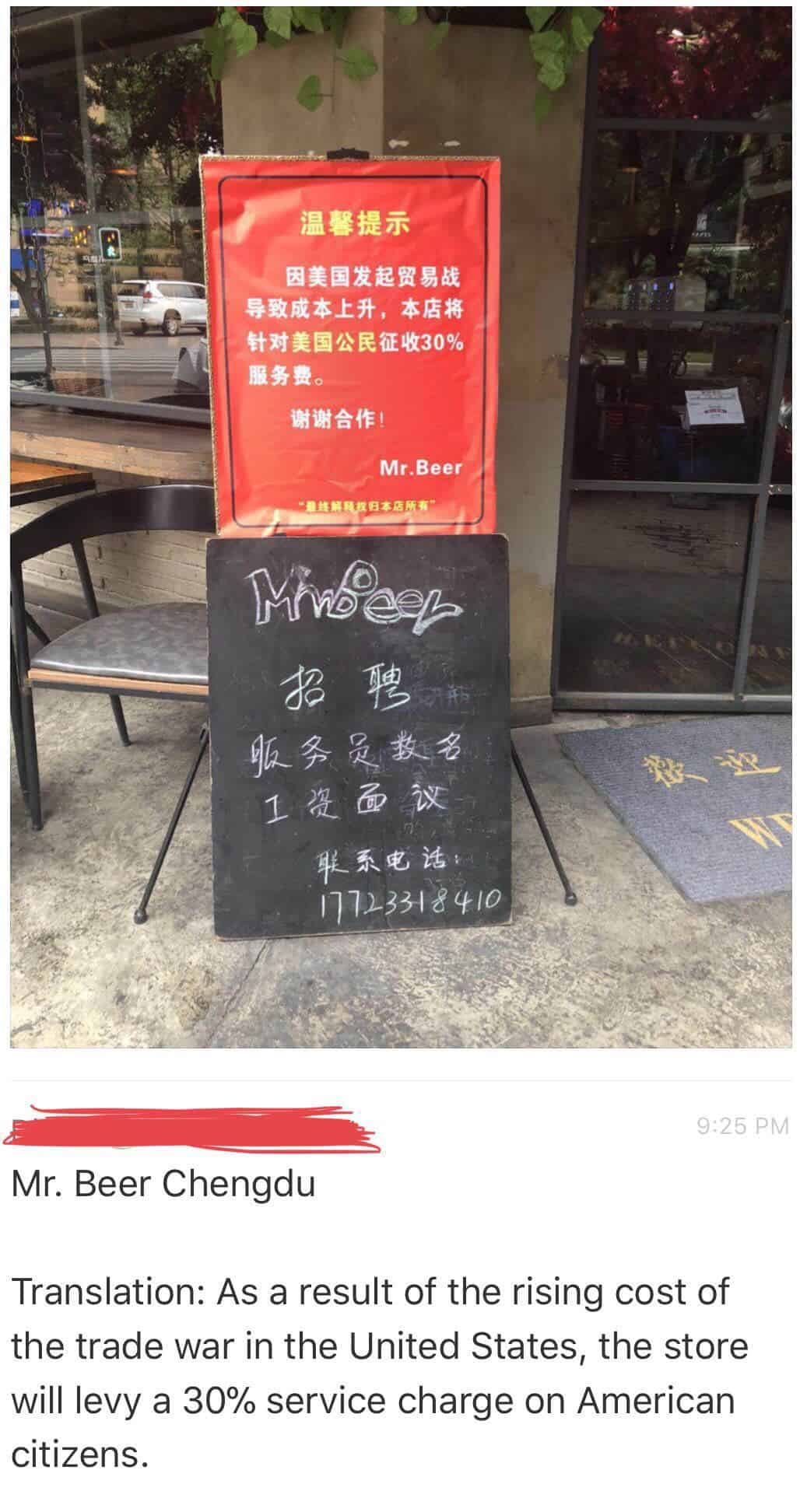 This is not the first time government action and international tensions have stirred a reaction within China. Anti-Japanese demonstrations and the vandalising of Japanese products and shops took place in 2012. This was due to the Senkaku Islands dispute. 2017 also saw similar demonstrations, this time anti-Korean after an international dispute. This was so significant that the Korean retail store chain Lotte plan to leave the Chinese market after many stores were destroyed.

Specifically relating to America, there has been a call to boycott American tech products after US Retailer Best Buy announced it will stop selling Huawei products. The decision was based on the companies close connections to the Chinese government. It also coincided with the announced of tariffs on Chinese goods in America. This sparked controversy across Chinese social media, with one Netizen stating: “If you don’t buy Huawei you’re not patriotic, and if you buy Apple you’re a traitor to the country.” 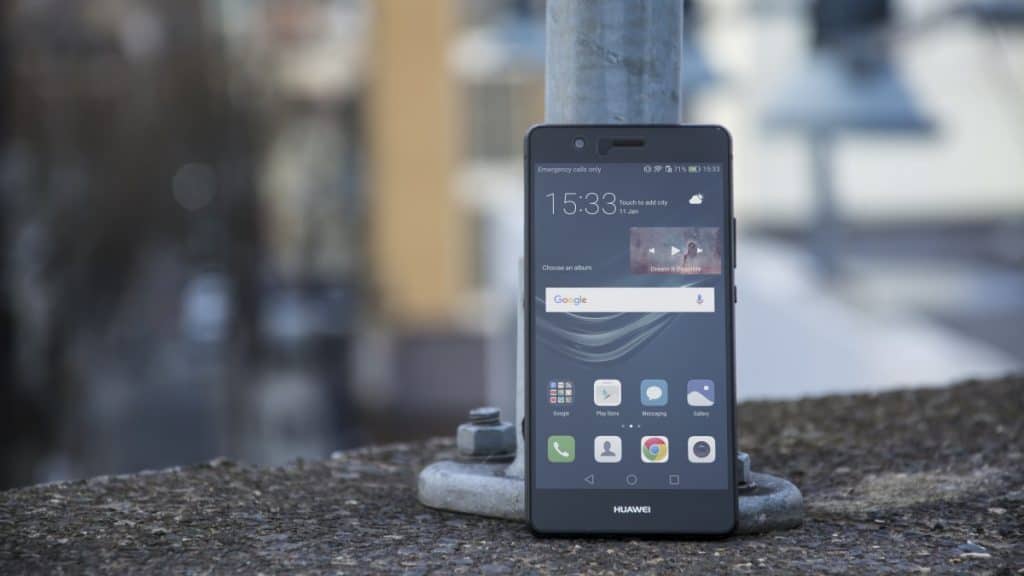 These reactions come before the potential trade war has even officially begun. This raises concerns over what will happen if they actually go through. These local businesses replicating the tariffs potentially show some already present tensions and could lead to history repeating itself.

The announcement by President Xi of the potential trade tariffs on US imports made in retaliation to America’s were met with positivity on Chinese social media. An extensive Weibo article written by the Communist Youth League received an astonishing 3.7 million views. It was praised for it’s tough stance on American policy.

When contacting Mr Beer in Chengdu, they claimed the posting was just a joke. Poking fun at a topical issue and not an actual policy. New Brandi in Nanchong however said they were serious in their policy. They had received no complaints, nor intended to take the sign down. 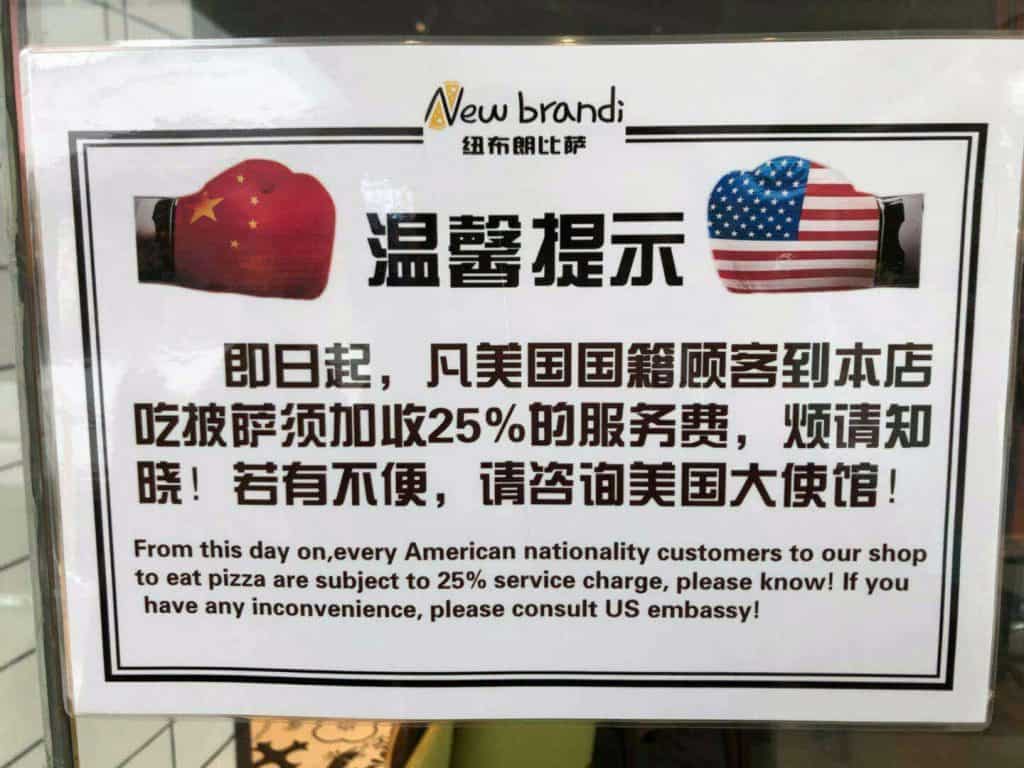 It is unclear to what extent these actions are a simple marketing strategy or are reflective of actual anti-American sentimentalism in China. This may only be the beginning, as the tariffs haven’t been officially announced. So don’t be surprised if you get an unexpected charge when at your favourite hotpot restaurant.

Last week voting opened for the 2019 Chengdu-Expat Awards. A big thank you

How closely did you pay attention to the happenings of 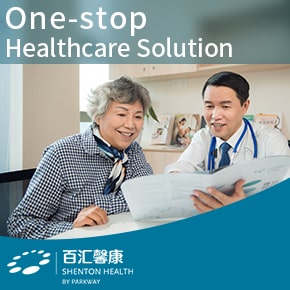 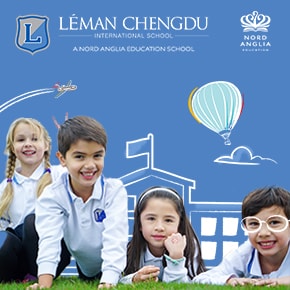