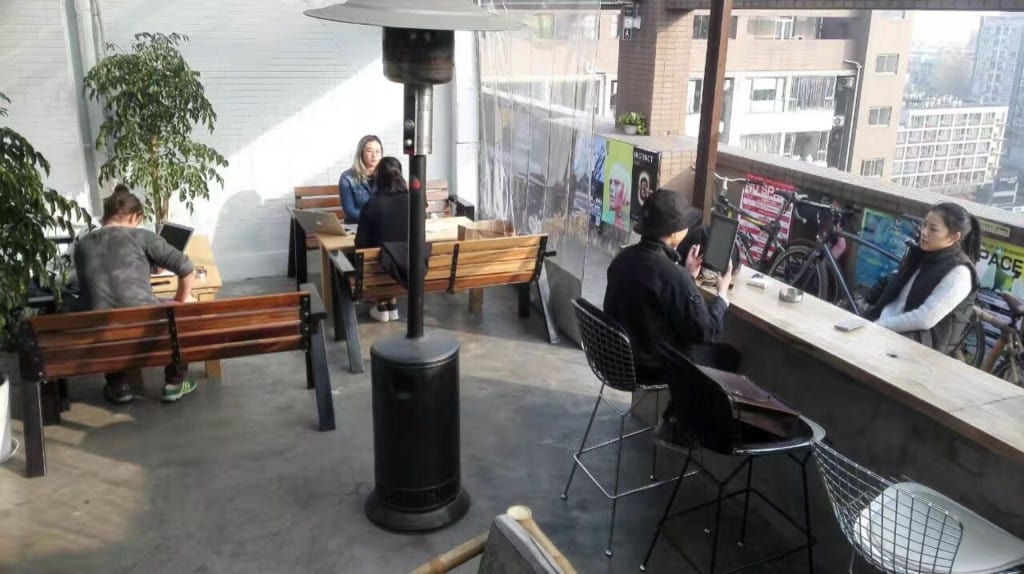 After studying Finance and Economics, Dutch born Twan left the banking world behind to become a part of Chengdu’s exciting and flourishing expat community. Emerging onto the bar scene as a co-founder of TAG club, Twan now divides his time between overseeing operations at studio Berlin Haus and organising events with Family Business. Founded in September of this year, Berlin Haus is one of the most exciting new hangouts to emerge out of 2016. It is also nominated for ‘Best Newcomer’ in this year’s Chengdu Expat awards.

Friday morning for me means waking up after last night’s Game Night. Every Thursday from 9PM till late, the Chengdu Gaming Federation organizes a night at our studio, Berlin Haus (‘the Haus’). It feels as if a tiny version of the American Dojo comes back to life on Thursdays. The fact that Hise is one of the main people behind the Haus is of course contributing to that quite a lot.

I spend most of my Friday at Berlin Haus. During the day, it is a place where people work, study, have a fresh meal, and drink a coffee or tea. In the evening, the Haus transforms to a more social place where people share good stories while drinking a beer or wine. I’d say it’s one of Chengdu’s most international places, where on a daily basis you’ll see people from all corners of the world hanging out together. At 01:00 at night the Haus closes and some people will move on to other venues around town. Chengdu has a vibrant nightlife scene with something suitable for anyone.

The cold weather recently makes it harder to get up early in the weekend, and once you open the curtains to see yet another day of grey haze, it makes you not want to start the day sometimes. Obviously, the smog is not the reason why I got attracted to Chengdu, but the lively community and interesting developments definitely are.

Chengdu has bustling weekends. For me it either means supporting other people’s initiatives, or hosting our own events. This year, we did many small club nights and a few bigger events such as Walk On Air and Dusk Till Dawn. This month (December) there are five events that we are involved in. The highlight will be the New Year’s Eve night, where we will be organizing an event spread over three locations. DJ /Producer Mike Ravelli will fly all the way to Chengdu from Holland to headline. For me, there is no such thing as a typical Saturday night, but this week’s Saturday (December 10), it’ll be a special day at Berlin Haus. Artist Marco Guie will open his photo art exhibition “Behind Chengdu” at 20:30. It also happens to be my birthday, so feel free to come by for a drink!

Sundays are fun. I love Sundays because it really feels like closing the week down and getting recharged for the next one. You can do anything on a Sunday in Chengdu. Go take a walk along the river, have some hot pot with friends, go for a coffee at Café SCANDIVAVIA, visit the old flower town area for a super relaxing day, you know, things like that!  At night, places like Here We Go or NU Space have lots of interesting events on Sundays as well. However, to tell you the truth, on a typical Sunday, I usually get up late, and do my laundry and house cleaning! The weekend somehow always messes up my home and so it’s the perfect time to clean the whole place and start Monday with a fresh feel!